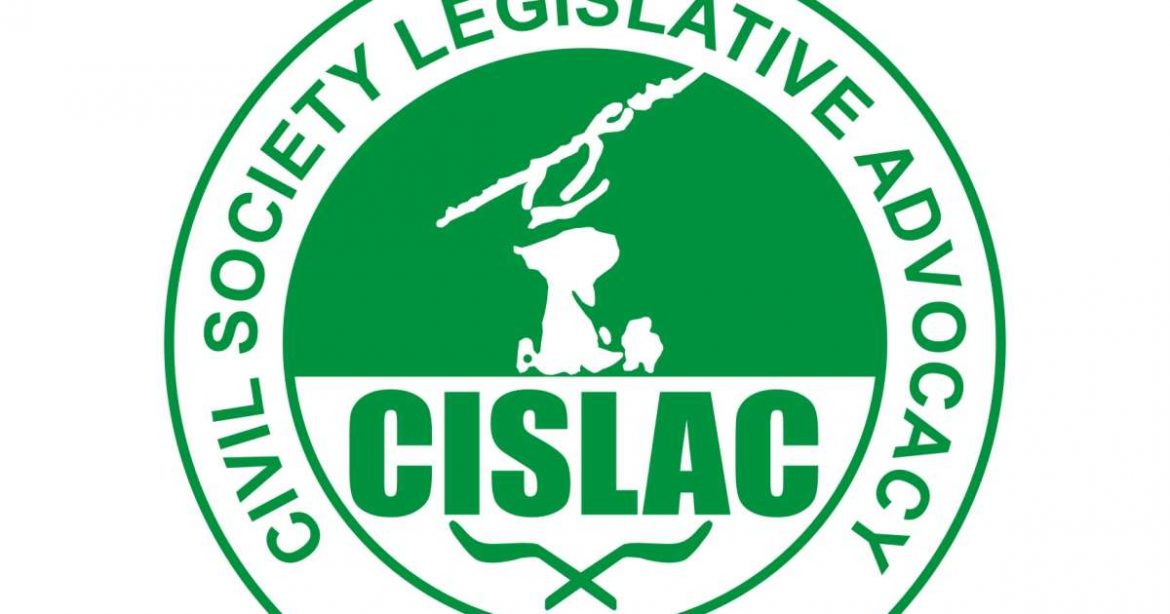 This was contained in a statement by CISLAC the Executive Director, Transparency International Nigeria Auwal Ibrahim Musa (Rafsanjani) in commemoration of the International Anti-Corruption Day.

He says it has been a uniquely challenging year and the COVID-19 pandemic has revealed even more corruption vulnerabilities across Nigeria and put them on the agenda in an unprecedented way.

Describing the theme for this year’s anti-corruption day, “United against Corruption,” he said the word unison is peculiar because of our inability to come together to fight this scourge called corruption. The pandemic has further exposed governance weaknesses in Nigeria. Poor governance, corruption, weak institutions and insecurity have only worsened because of the pandemic and its economic consequences.

Adding that this year’s Anti-Corruption Day and the connections with the Sustainable Development Goals (SDGs) looking towards 2030, it is very unlikely that Nigeria will be able to deliver on most of the 17 SDG goals.

He further explained that the absence of accountability and focused leadership presents us with the fact that achieving zero hunger and zero poverty in Nigeria by 2030 nears to an impossibility.

At CISLAC, the International Anti-Corruption Day is a call on both the Federal and State government to convince the public about their seriousness in fighting corruption. As a Nigerian, I speak for many in stating the obvious: We do not need anti-corruption rhetoric, we need anti-corruption action with tangible results, Rafsanjani said.

He defined corruption as “the abuse of entrusted power for private gain” saying Nigeria has been an example of how corruption undermines democracy, creates unstable governance, and sets country backward economically. Despite enormously successful Nigerians in the diaspora, natural resources unlike other African countries and enormous ‘human capital,’ most Nigerians struggle with basic needs.

For example, the recent discovery of undistributed palliatives which was kept in various warehouses in most states across the country is worrisome and scandalous, especially because these materials were donated by groups of well-meaning Nigerian businesspersons, corporate entities, development partners and others under the Coalition against COVID-19 (CACOVID).

This well-meaning group was shocked along with the nation by inexplicably undistributed palliatives. While we are still investigating the true extent of the scandal, we resolutely condemn the laughable excuses of some politicians and the inability of the Federal and State governments to admit a failure.

This condemnable act is a clear abuse of entrusted power for personal gains – the very definition of corruption. Let me say clearly – No government official has any business storing public property in private quarters! These actions cement the pervasive culture of the lack of accountability so characteristic of some Nigerian elites, he asserted.

Rafsanjani further stated that CISLAC unequivocally condemns the high rate of insecurity ravaging the length and breadth of the country. Lives and properties are no longer valued and secured.

“We also condemn the actions of some individuals who took advantage of the peaceful #ENDSARS protest to raid public and private properties; we see all of these scenarios as a lapse in governance at one point or the order.”

“Equally important, we strongly oppose any attempt by government to deny Nigerians the right to peaceful protest or assembly to express their concerns over the state of insecurity, corruption and human rights abuses,” he added.

He said since the start of the pandemic, CISLAC, as the national Chapter for Transparency International, has been at the forefront demanding for transparency and accountability in the distribution of the palliatives in the context of the devastating economic impact of the Covid-19 pandemic.

Also, through its activities and projects such as the Anti-Money Laundering project, CRIMJUST project, Illicit Financial Flows and of course the Advocacy and Legal Advice Centre (ALAC), CISLAC contributed towards the fight against corruption and achievement of some of the Sustainable Development Goals (SDGs).

“We are not doing this in isolation but in partnership and collaboration with institutions who are state and non- state actors. Building effective, accountable and inclusive institutions as well as providing access to justice is very important,” Rafsanjani said.

He urged them to put in more effort towards in upholding their mandates for a more secure and corrupt free Nigeria.

He commended the anti-corruption agencies, human rights organizations and other institutions that have been collaborating with CISLAC for their support and cooperation.

“The anti- corruption progress is not fast enough, we just received data from our colleagues in London,” saying Nigeria has not delivered on the commitment made by President Muhammadu Buhari in the London 2016 Anti- Corruption Summit. 0% of the commitments have been completed as of today.

“We have made some progress on on-going commitments, 70% but 20% are inactive. We move forward but the part is uneven and too slow,” he added.

Corruption and the presence of insecurity in any environment constitute a threat to human existence and economic development. Therefore, the display of monumental arrogance bordering on corruption and insecurity in Nigeria should not only be condemned, but should be investigated by relevant anti-graft agencies, the National Assembly and all other relevant stakeholders, he recommended.