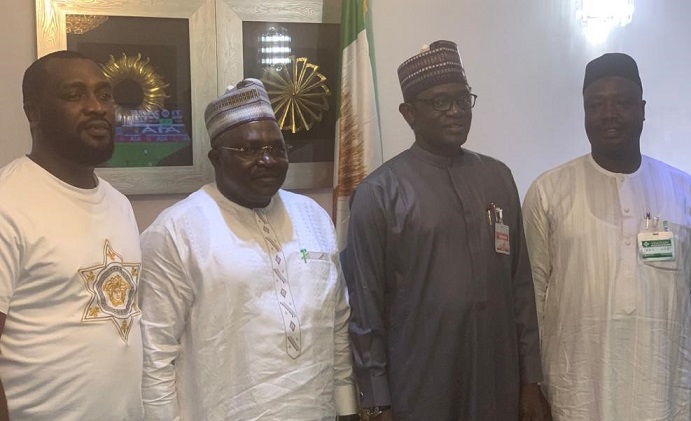 The gubernatorial candidate of the Social Democratic Party, SDP, at the 2019 governorship election in Adamawa state, Chief (Hon) Emmanuel Beĺlo has joined the All Progressives Congress, APC.

Registering normally at the ward office of the APC in Garkida, Adamawa state yesterday Chief Bello said he is happy to return to the APC family.

His registration brings to an end speculation of his defection.

His return to the APC was welcomed last night in Abuja by many stalwarts and Adamawa APC stakeholders including the National Chairman of the caretaker committee, His Excellency Governor Mai Mala Buni, Comrade Salihu Mustapha, Alhaji Saidu Naira, Alhaji Alhassan Abba among others.

Our sources say his return to the APC is indicative of the fact that the APC in Adamawa State is strategizing towards the Governorship elections of 2023.

In a short remark today in Abuja after his formal return to the APC, Chief Emmanuel Bello called on his supporters and other well-meaning people of Adamawa state to focus on the APC and help build the structures of the Party in the state to beat other Parties in the state in the next elections 2023.