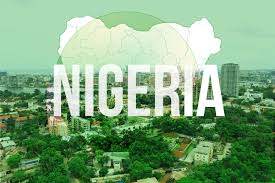 President Muhammadu Buhari has been urged to urgently call for the immediate withdrawal of a letter which purportedly ordered the suspension of Roro Barge operations from all terminals in the Lagos District.

The Social Integrity Network, (SINET) in a statement issued on Monday by its national coordinator, Mallam Ibrahim Issa, described the action as a deliberate attempt to sabotage the current administration’s efforts in boosting the nation’s economy as well as enhancing ease-of-doing business.

The statement read, “We received with utmost sense of dissatisfaction and disappointment, a letter signed by the Port Manager, Lagos Port Complex, Mrs. Olufumilayo Olotu, ordering the suspension of Roro Barge operations from all terminals ports in Lagos. It is important to note that the action is grossly questionable owing to the importance of the operations to the nation’s economy.

“We appeal to the leadership of the National Assembly under the leadership of Dr. Ahmad Lawan to probe the circumstances which led to the production of the letter for the author and her co-sponsors understanding the fact that the action does not reflect national interests neither does it put into consideration the sensitive state of the nation’s economy.

“We want the distinguished lawmakers to summon the author of the letter to explain the rationale behind the decision as well as her locus standi for issuing such a threatening letter without adequate consideration and consultation with relevant stakeholders and authorities without providing any alternative(s). We want urgent investigation into this matter in order to salvage the nation from undue embarrassment.”

The SINET boss further stressed that, “The only source of reduction of over burden and huge demurrage of returns on containers by importers, manufacturers and traders is continuation of the Roro Barge operations.

‘’It is saddened to note that the huge investments made by the federal government on Apapa road project is yielding no positive result because of the high rates of corrupt practices been perpetrated by introducing multiple check points for the collection of N10,000 on each truck without remitting it into government coffers as revenue.’’

“Reliably, truck owners usually spend a minimum of N170,000 before their trucks can gain access into the port. With the use of Barges, importers would not spend more than N60,000 and within a maximum period of 24 hours to clear their containers as against 12 days of trucks to gain access to the port. There are clear indications that Cartels are at work in this matter in order to undermine the power vested in the members of the Federal Executive Council, (FEC) as well as the leadership of the National Assembly.’’

“If not urgently addressed, the Nigerian economy is on the verge of total collapse while the current administration may soon suffer from avoidable distractions, being one of the game plans of opposition political parties and their co-travellers through the source the premier port of the nation.”

.May God help us in this our country..