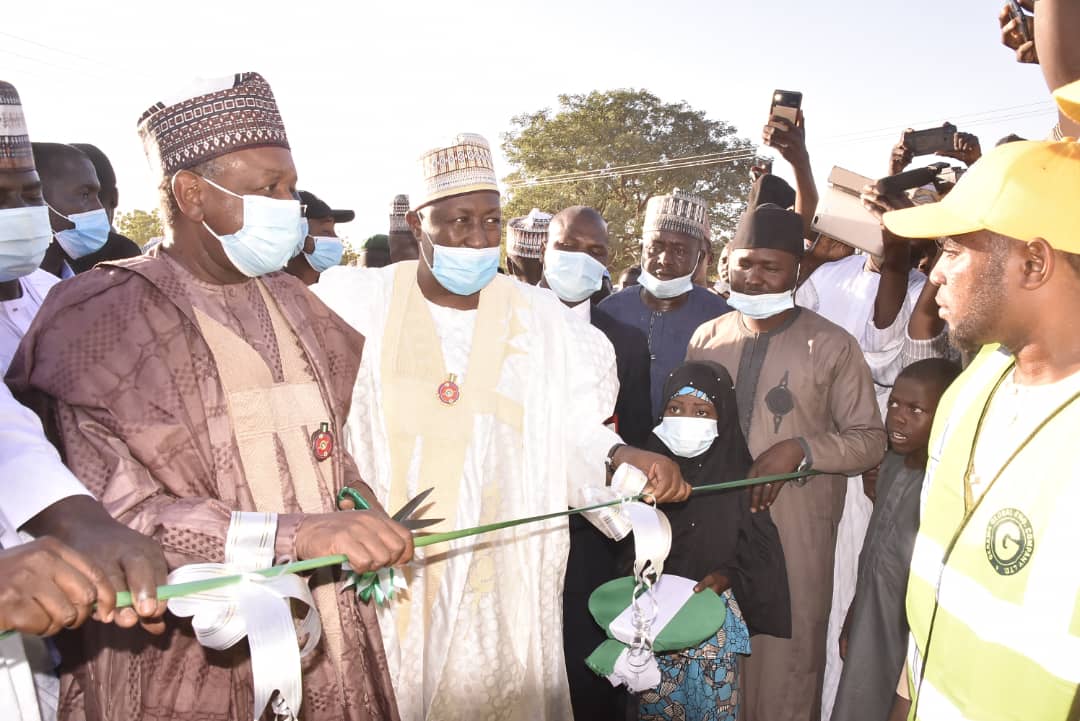 Gov Bagudu commissioned the project under the invitation of Jigawa state Governor Muhammad Badaru Abubakar who constructed the road at the coast of N5.6 billion.

In his speech at the occasion, Governor Bagudu commended Governor Muhammad Badaru Abubakar for executing laudable projects that has direct bearing with the needs of common man.

“This is a rural road that unlocked over 20 agrarian communities, this road would surely facilities the movement of goods and services which would enhance the social and economic activities of the area”.

Bagudu added that, the road network projects executed by Governor Badaru across Jigawa state has contributed in the improvement of agricultural activities and equally supported the federal government policy on food security.

He noted that, APC is proud of Governor Badaru and his giant stride of development projects in Jigawa state, “There is a clear evidence for the judicial use of public money looking at the hundreds of developmental projects executed with little resources in the state government coffers” Bagudu maintained.

Speaking at the occasion, Governor Badaru narrated that, his government since assuming office in 2015 has constructed and completed a total of 89 road projects with distance of 1,537 km worth N68.7 billion and have already paid N66.7 billion.

He said the projects were executed inline with All Progressive Congress (APC) philosophy on social and economic development through the provision of infrastructure and human development.