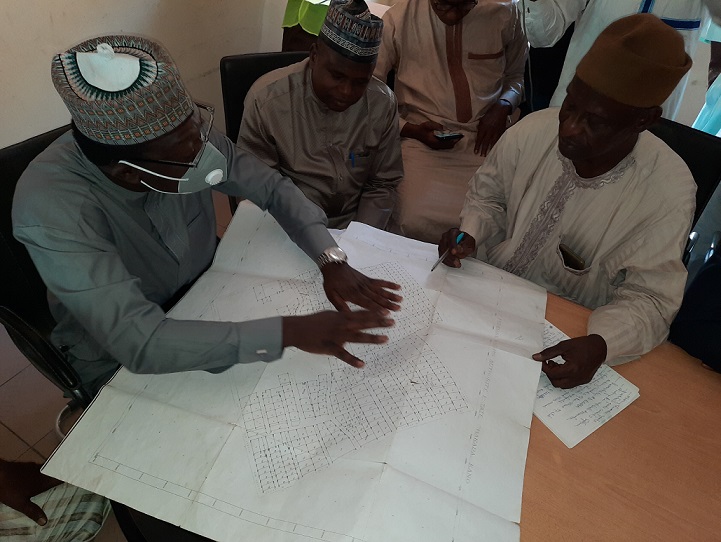 While at the same time perfected plan for the FHA to start another federal housing estate in the state on the mass land handed down to the Agency by the state government.

A statement signed by the Chief Press Secretary to the Governor,  Abba Anwar said the Governor made the endorsement when the team of the FHA paid him a courtesy call to brief him about their inspection tour of Sharada Housing Estate, under the leadership of the Executive Director, Business Development, in charge of Commercial, Corporate and Social Housing, Hon. Abdulmumini Jibrin Kofa, at Government House, Kano, Sunday.

Part of the things targeted at for the rejuvenation exercise include removal of illegal structures, putting street lights, standard culverts construction, building of standard road networks, among other things.

Kofa lamented that during their inspection tour they realised that there were illegal occupants at the Estate, explaining that, “There are those who are illegally occupying some of the houses, some have illegally acquired lands there and there are illegal structures, like corner shops.”

According to the statement, the Executive Director further briefed the governor that, “Your Excellency we had a meeting with the Residents Association of the Estate alongside security agencies. We also gave a standing directive of 30 days for all those who are illegally using the place to immediately leave.”

Adding that, those who are residing in houses illegally were advised and directed to know what to do next, emphasising that, “There are those who erected structures without any permission from authorities. Those we also asked them to write to the concerned government agencies for rectification.”

In his brief remarks, governor Ganduje expressed satisfaction on the rejuvenation exercise, while commending the FHA, he also lamented how other federal housing estates were eluding the state.

“The state government is behind this move to rejuvenate our only federal housing estate, Sharada. I am therefore advising all those who know they are there illegally, to accept the directive given by the Federal Housing Authority,” he supported.

Lamenting that, “Our Sharada Housing Estate has been there for the last 32 years. And it is the only federal housing estate the state can boost of. It was built during the reign of the former President Shehu Aliyu Shagari, of blessed memory. We, at the party level then, the National Party of Nigeria (NPN), we wrote to the President that we needed the Estate.

He magnanimously accepted and it was established during the regime of Alhaji Muhammad Abubakar Rimi, the then governor of old Kano state, of blessed memory.”

To fill that gap, of the absence of other federal housing estates in the state, governor Ganduje disclosed that the state government gave a mass land to FHA for the construction of over Five Thousand (5,000) housing units.

The team that went round for the inspection included the leader of the team from FHA, Hon Kofa, other staff from the agency, representation from the state government, security agencies and leaders of the Residents Association of the Estate.