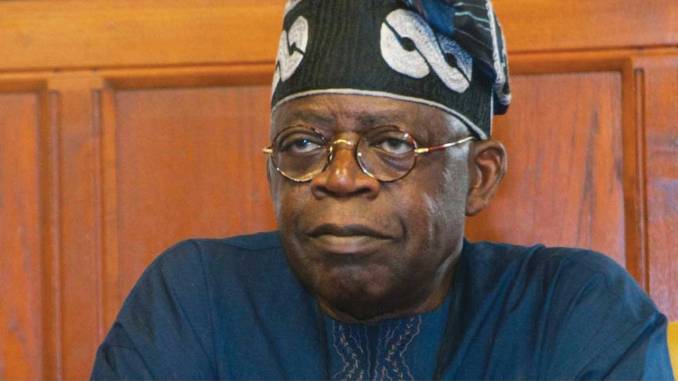 Leader of All Progressives Congress (APC), Asiwaju Bola Ahmed Tinubu, Jagaban of Borgu, described Kano state governor, Prof. Abdullahi Umar Ganduje, as one of the leading thinkers for the unity of the country.

He made the statement at a reception organised to celebrate, the marriage of the daughter of an Islamic scholar, Sheikh Muhammad Bin Uthman, the Chief Imam of Masjid-Al-Sahaba, Friday Mosque, Hunaisa Muhammad Bin Uthman. The reception took place at Meenah Event Centre, Lodge Road, Kano, Friday.

This was contained in statement signed and issued to Stallion Times, Friday, the by Chief Press Secretary to the Governor of Kano State, Abba Anwar.

According to the statement, moved by the role governor Ganduje plays in the unity of the country, Tinubu assured those present at the event, that “His Excellency Governor Abdullahi Ganduje is indeed one of the leading thinkers for national unity. He deserves this accolade and many more.”

Calling on all Nigerians to work hard for the unity of the country, emphasising that, “Dividers will not stop in doing things they think can divide us, but the truth of the matter is, we will not allow them to achieve their selfish interest.”

In the area of infrastructural development, Tinubu appreciated that, “From airport to this place I have seen so many developmental projects that add many positive things to the state.”