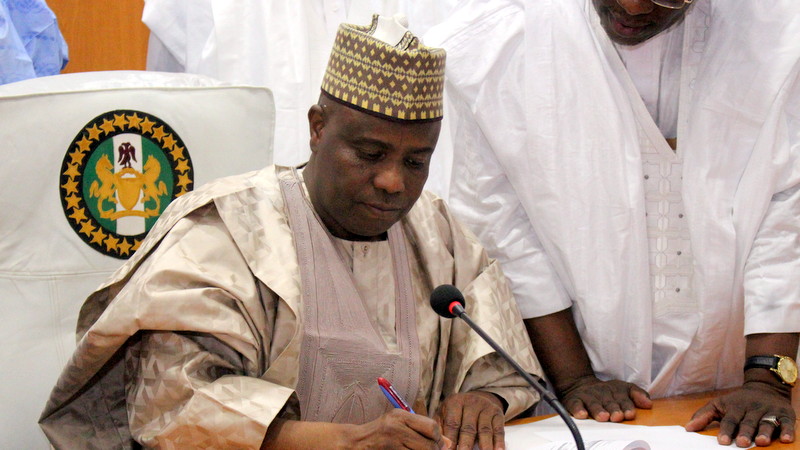 Few minutes after midnight on Dec. 4, 2020, the operatives of State Criminal Investigation Department (SCID) attached to the Sokoto State Police Command responded swiftly to a distress call that some armed bandits were preparing to execute an operation around Yabo-Sanyinna forest.

A statement signed by Sokoto State Governor, Rt. Hon. Aminu Waziri Tambuwal (CFR, MUTAWALLEN SOKOTO) said the proactive action of the police and gallantry in the face of the gun duel that ensued between them and the bandits, who were adorning military camouflage uniform, helped in neutralizing the criminals and foiling what would have been disastrous.

While investigation progresses, I want to use this opportunity, on behalf of the government and good people of Sokoto State, to express our profound gratitude to the Sokoto State Police Command for its sustained gallantry in nipping in the bud activities of bandits and other criminal elements bent on subverting the peace in our state.

In particular, the State Commissioner of Police, Ibrahim Kaoje, deserves commendation for his tireless mobilization and galvanizing of his men to action whenever the need arises.

We also give kudos to his officers and men for their uncommon sacrifices and relentless commitment to duty in the face of the myriads of challenges they try to surmount.

In the same vein, all the security agencies operating in the state, military and para-military, who have synergy and work in harmony, share in this accolade. These include the Nigerian Army, the Nigerian Air Force (NAF), the Department for State Security (DSS), the Federal Roads Safety Corps (FRSC) and the Nigeria Security Civil Defence Corps (NSCDC).

Taking into consideration all the efforts being made by the State Police Command, their team spirit in working very closely with other security outfits, the state government will continue to support and encourage the Police and other security agencies operating here, in its drive to rid the state of banditry and criminality of all forms.