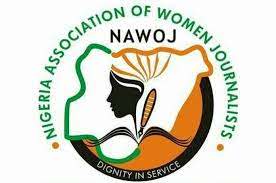 NAWOJ in a statement jointly signed by its National Secretary, Helen Ufoma and National President, Ladi Bala in Abuja, Wednesday, notes that the senseless killing of innocent Nigerians in any part of the country is totally unacceptable and MUST be checked and stopped decisively.

NAWOJ particularly expresses concern that it is equally saddened by the increasing spate of insecurity and constant threat to lives of Nigerians across the country and calls for renewed efforts to make the states particularly the North-east region safe again.

It says the incessant killings has rendered many women to untimely widowhood with it’s attendant consequences on the future of their children and society, a development that spells doom for the future.

NAWOJ while commiserates with the government and the good people of Borno State over the callous, inhuman, ugly, unfortunate and unacceptable incident,
appeals to Gov Prof. Babagana Zulum to give widows of the deceased appointments as alternative sources of income to alleviate their sufferings.

The Association welcomes the marching order by President Muhammadu Buhari to the military to take the battle to the enclave of the terrorists.

Accordingly, the Association appeals to the military and other security agencies to as a matter of national interest and concern, step up their fight against terrorists and bandits in the country.

The battle, NAWOJ says, must be won for Nigerians and for a better Nigeria.