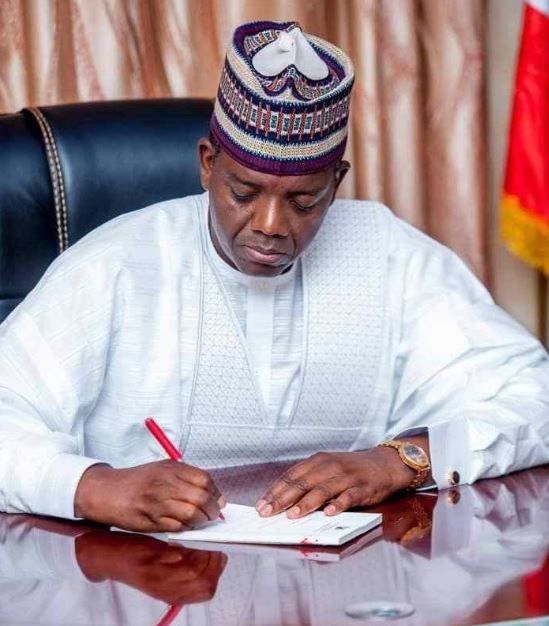 The governor charged the economic team to come up with development aspirations of a contemporary generation for a sustainable development trajectory.

Matawalle said his administration’s idea of constituting a very strong Economic Management Team which is the first of its kind since the creation of the State 24 years ago, is to make the State more economically viable and a cornerstone of industrial development, commerce and innovation in the country.

He further stated that economy as the primary and more critical component of any development in the world has all inclusive needs to good policies on how to harness the abundant economic Potentials particular agricultural and solid minerals which is the pride of the state.

Matawalle further said that the economic Management team is aimed at providing more reliable alternative revenue sources to the state and Nigeria through diversification.

He charged them to design and articulate more economic policy working documents for the State’s sustainable economic growth and development.

According to the statement, the economic Management team has nine working guidelines which include to provide plan and validate the unified vision, mission, broad objectives, specific goals and clear targets; and to provide strategy on regional, national and international economic trends affecting the state as well as the State’s strength, opportunities, weaknesses and threats from a competitive and comparative perspective among others.

In his acceptance speech, the Chairman of the Economic Management Team and the State Deputy Governor Barr. Mahdi Aliyu Gusau said he is convinced that Zamfara State has the potential to be a major producer of food crops, minerals and industrial items in the country

He assured of his team readiness to develop a unique and sustainable economic plan that is of global standard to revive the State economy.

The economic Management team is divided into two with state steering teams headed by the State Deputy Governor Barr Mahdi Aliyu Gusau and Permanent Secretary Ministry of Budget and Economic Planning as secretary while the technical committee is headed by the same Permanent Secretary, Alhaji Kabiru Muhammad Gayari while Director General, office of the Executive Governor, Lawal Hussein will serve as the secretary of the committee.

The Inauguration ceremony was attended by members of the Economic Team, Commissioners, Special Advisers, Permanent Secretaries and Directors General among others.

A Man and Three Children Killed in Jigawa