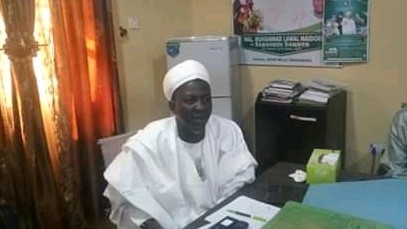 Sokoto State Zakkat and Endowments Commission has partners Qatar Charity foundation for the conduct of Eye Surgery to 1000 visibly impaired persons from the 87 districts of the state.

The Chairman of the Commission, Malam Lawal Maidoki said the Eye surgery was aimed at assisting visibly impaired person could not afford the cost of the surgery.

He said the Sultan of Sokoto in his magnanimity decided to make the Eye surgery to cut across all the 87 districts in the state.

He said SOZECOM has been partnering Muslim countries across the Globe with a view to garner support to less privilege and destitute in the society.

According to him Qatar Charity Foundation and future leaders have been engaged in a number of humanitarian pursuit in Sokoto state in the areas of mosques construction, schools, medicament and empowerment.

He said the commission would shoulder the transportation cost all the patients who were successfully operated back to there villages and towns.

Lawal Maidoki further said a register would be open for those who were not already in the list to register their names so that when next a similar program comes up they could be asked to come.

He said his ministry would continue to collaborate with partners and other charitable organizations willing to conduct health outreach to the state.

Dr Inname however appreciate the effort of the Sultan and Zakkat commission for their concern to the healthcare of the people of sokoto state.

“The state ministry of health will support your course in the area of health whenever the need arises,” Says Dr Inname.