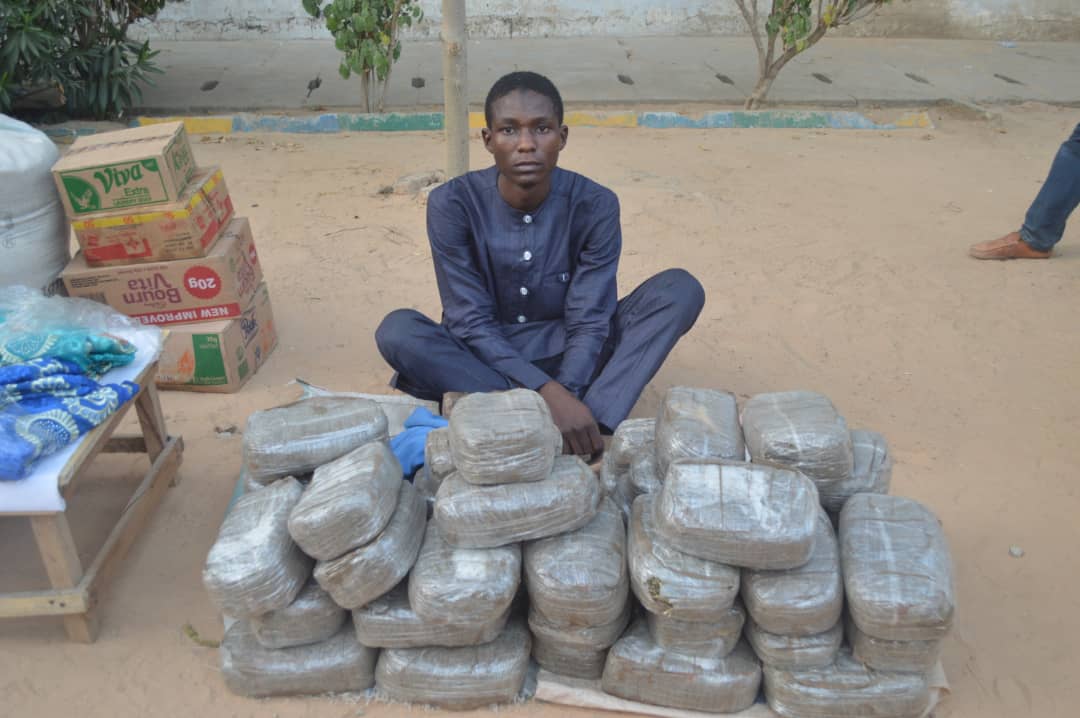 Briefing newsmen at Bompai Police Headquarters, on Friday, the Command’s Public Relation Officer (PPRO), DSP Abdullahi Haruna said the command received the tip from a good Samaritan that someone was seen with suspicious items in a tricycle along BUK New Site Road, Danbare section of Gwale LGA.

The team intercepted and arrested a 21-year-old Kabiru Muhammad with 49 parcels of dried leaves suspected to be Indian Hemp.

“The suspect confessed that his 46-year-old mother, Sadiya Mohammad called him and informed him that his father was arrested and that with the help of his uncle, they should remove the remaining Indian Hemp from the house,” the PPRO said.

He said the Mother, Uncle and his friend Salim Tanko who agreed to keep the Indian Hemp were all arrested.

The suspect further confessed that his father has been selling Indian Hemp for over twenty (20) years, he also confessed to being a drug addict.

“Investigation is in progress,” he added.