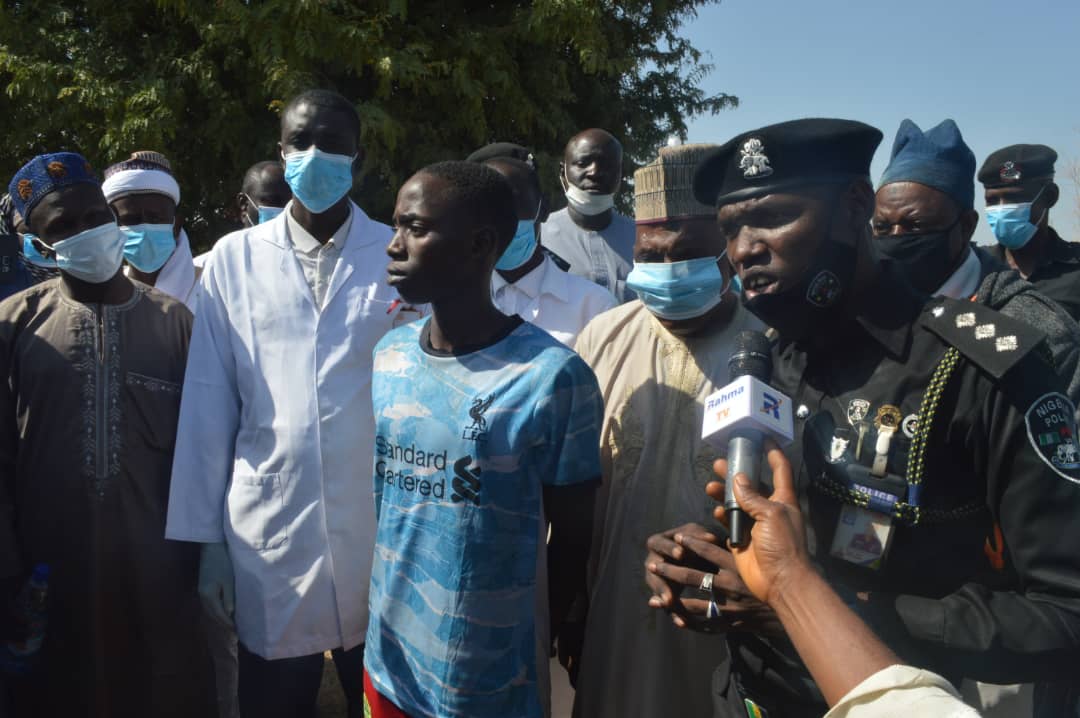 Kano State Command of the Nigeria Police has arrested one Anas Sa’idu a 22-year-old for alleged offence of culpable homicide and kidnapping and killing one Tijjani Kabiru, aged 16.

Briefing newsmen on behalf of the Commissioner of Police, CP Habu A. Sani, psc at Bompai Police Headquarters, on Friday, the Command’s Spokesperson, DSP Abdullahi Haruna said the command received a complaint from one Alhaji Kabiru of Kwanar Dangora Town in Bebeji Local Government Area of Kano State that his son Tijjani Kabiru a 16-year-old was kidnapped.

The spokesman said investigation reveals that the suspect freely confessed that, the victim is his neighbor and he invited the victim to a farm land with intent to kidnap him; having realized that he has no secured place to keep the victim captive, he strangled him to death and buried him in a shallow grave at the outskirt of their home town, an hour after the kidnapping.

The suspect further confessed that, after killing the victim, he called the victim’s father through his neighbor’s phone number and demanded a ransom of One Million Three Hundred Thousand Naira (N1,300,000.00) and Twenty Thousand Naira (N20,000.00) MTN recharge card.

“He also confessed to have smoked Indian Hemp as well as took some drugs before committing the act,” he added.

The suspect led Medical team, detectives and journalists to the scene where he buried his victim.

The body was exhumed, examined and released to his relatives for burial according to Islamic rites.

Though the suspect confessed to have carried out the kidnapping singlehandedly, CP Habu Sani, psc further directed that advance discreet investigation be carried out for more possible breakthroughs and arrest of accomplices (if any).