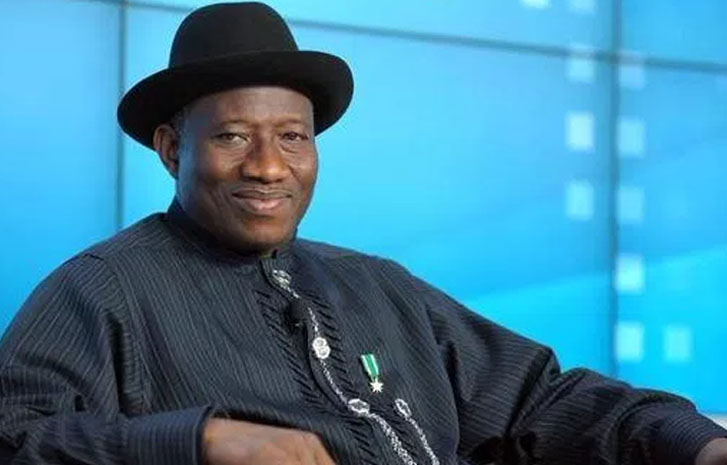 A political thinker posited that politics is a concentric circle of conspiracies. It is such a conspiratorial game that while statesmen worry about development to cater for the present and coming generations, politicians are busy scheming how to retain power, return to power, or gain power. Nigerian politicians could pass as the worst hue to be found anywhere. They bend the rules and violate the laws with impunity just to attain these stated private objectives.

For about a year now, the name of the former President of Nigeria, Dr. Goodluck Ebele Jonathan, has been popping up here and there whenever the successor of the incumbent, President Muhammadu Buhari, is being discussed. Some say it is in the best interest of the North to hand power back to Jonathan and take it back in 4 years in line with the principle of rotation of presidential power ruling the current democratic dispensation.

This argument is tenable since Jonathan is statutorily barred from contesting more than one term if he becomes the President of Nigeria in 2023. Some also say that the push for the return of Jonathan is to put a wedge to the aspiration of the South East to produce the nation’s next President. The proponents of this school of thought believe the Hausa-Fulani who hold the aces now are still wary of supporting an Igbo man to become the President of Nigerian. The reason often given is just the civil war and the issues that led to it, and the lingering bitterness and unpreparedness to forgive and let go on both sides.

The poppers of Jonathan in this regard think the former President should be able to take the wind off the sail of the South East agitation for the office of the President and get the zone to join his Presidency one more time instead and dump their aspiration even if it means doing so grudgingly.

For a fact, South East was the backbone of the Goodluck Jonathan Presidency and supported his re-election with over 85% of their votes in the 2015 Presidential Election and has continued to suffer marginalization and exclusion as a consequence and got branded 5% voters of the Buhari Presidency.

The calculation of those angling for the return of Jonathan is that it is only him that can pull the rug off the feet of the push for Nigerian President of southeast extraction and offer the Igbo man a sort of dream deferred.

This permutation aims to kill two birds with one stone: stopping the South East and getting power to stay in the South in this season for just one term. It would have been a masterstroke were it not for the eligibility question hanging over Goodluck Jonathan in contesting the 2023 Presidential Election.

Apart from the morality of becoming the major obstacle to the South East aspiration (ordinarily, the South East is counting on the solid support of the South South which they gave their all) there are serious legal issues surrounding the qualification or rather the eligibility of Jonathan to contest the office of the President. He is however qualified to contest for any other office in the land, ranging from Councillor to Vice President.

The law in question is: “The Constitution of the Federal Republic of Nigeria (4th Alteration No 16) Act, 2017)”. This new constitutional amendment may have been contemplated following the rancour occasioned by the same Jonathan contesting the 2015 Presidential Election.

Recall that the Northern segment of the country believed Jonathan was not qualified based on rotation of presidential power between North and South Nigeria and power ought to have shifted North in that season. There was also a gentlemanly agreement, which was reached with him (Jonathan) to go for only one term before he contested the 2011 Presidential Election. He reneged to inspire a groundswell of the behemoth opposition – the APC – that swept him from power.

In law, express mention of one thing is said to be an express exclusion of another. The constitutional amendment assented to by President Muhammadu Buhari on 4th June, 2018, does not permit former President Goodluck Ebele Jonathan to contest in 2023 unless repealed.

The extant section barring Jonathan states in its explanatory note…” The act alters the Constitution of the Federal Republic of Nigeria, 1999 to disqualify a person who was sworn in as President or Governor to complete the term of an elected President or Governor from being elected to the same office for more than a single term.”

To give effect to the disqualification of any person who has been sworn-in to complete the term of a President or a Governor from contesting more than one term, sections 137 and 182 of the 1999 Constitution were amended to ensure the same.

Then the question: is Dr. Goodluck Jonathan qualified to contest the 2023 Presidential Election? Where does this leave off Jonathan in view of his speculated return in 2023?

Going by the express provisions of the said amendment on tenure, Jonathan is not qualified unless this extant law, which is now deemed a constitutional provision, is repealed and set aside.

In the light of this constitutional provision barring Dr. Goodluck Jonathan from contesting in 2023, those prompting him to throw his hat into the ring are either ignorant of this law or are being mischievous. Yes, mischievous in the sense that they would want to ridicule the statesman and cause bad blood between the South East and the South South whose relationship has been waxing cozy since the present dispensation.

In the light of this too, Dr. Jonathan should be advised to be guided by the quoted law and distance himself from the whispering clamour for his return in 2023. As alluring as it may appear, he should know that those who spearheaded that new law are the same vanguard now asking him to contest.

As a patriot and statesman who handed over power when he had reasons not to, rightly or wrongly, Dr. Goodluck Jonathan should help the rotation of presidential power to the South East.

He ought to be in the vanguard for Nigerian President of South East extraction in reciprocation of their unalloyed support for the Jonathan Presidency. Even yours sincerely is a Jonathanian and was in the trenches for him in 2015.

One good turn, they say, deserves another.

Mefor, a Forensic/Social Psychologist and Journalist, writes from Abuja. You can reach him via drlawmefor@gmail.com,  Twitter: @LawMefor1

40,000 Youths in Nigeria to Benefit from IITA Project Training Program