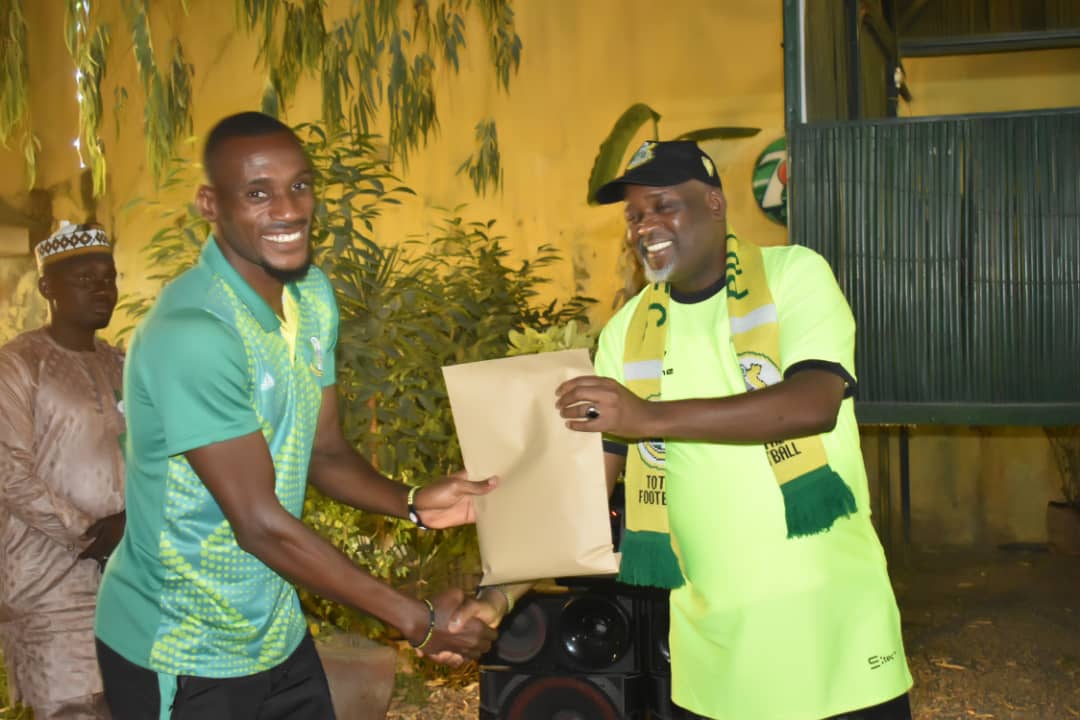 Kano state government has settled all the nine outstanding match bonuses of Kano pillars football club players and technical crew worth over seven million naira for the last season.

Kano state government also organised a dinner to the players and technical crew of the club yesterday night in the state capital.

Flagging off the payment of the bonuses, the State Deputy Governor, Dr. Nasiru Yusuf Gawuna during the dinner, said “The state government decided to pay them the outstanding bonuses to motivate them for the challenges ahead of the forthcoming confederation cup and 2020/2021 Npfl season.”

Dr. Gawuna said the state Governor, Dr. Abdullahi Umar Ganduje is ever ready to do anything that would motivate the team to performed well in the continent and forthcoming football season in the country.

The Deputy Governor who also doubled as Kano Pillars Fc Continental Committee Chairman, said government and people of Kano state are watching the players on what they are going to deliver in Senegal against ASC Jaraaf Fc in the first leg of the 2020/2021 confederation cup on Saturday 28/11/2020 in Dakar.

He said the state government have charted a flight from Malam Aminu Kano international Airport to Dakar and the team with other contingents are expected to leave the country today in the evening.

He reaffirmed the state government commitment to priority to the welfare of the team and warned them to do their best in making Kano state and the Nigeria proud.

“Let me remind you we are not expecting what happened last year to be repeated because government and people of Kano state would not forget that poor performance of the team,” he warned.

On his part, the Chairman State Sports Commission, Alhaji Ibrahim Galadima said state government has done its own, it is and now left for the players to do the right thing.

Galadima urged the players to be focus and avoid any thing that would distract them on the challenge ahead.

Also speaking, the Chairman of the Club, Alhaji Surajo Shaaibu Yahaya Jambul commended Governor Abdullahi Umar Ganduje for his moral and financial support to the “sai masu gida” all the time.

Responding on behalf of the players, Chris Madaki expressed their delight for the reception and kind of treatment they are receiving from the state government and pledged to justified the confidence repose in them.

Does General Gowon Look Like Somebody Who Moved to London With Half of Nigeria’s Central Bank?