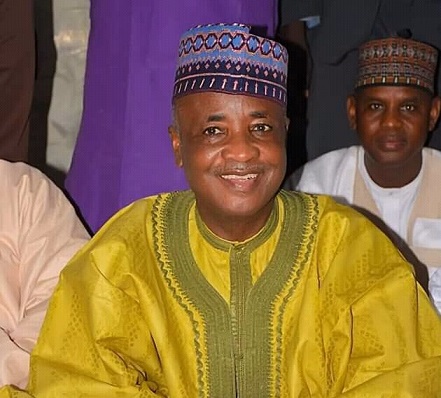 The Chairman of the Senate Committee on Defence and Deputy Chairman, Senate Committee on Anti Corruption, Senator Aliyu Magatakarda Wamakko, has donated a 300KVA Transformer to Dundaye Gumborawa community in Wamakko Local Government of Sokoto State.

The gesture is aimed at alleviating the suffering of the residents of the benefitting community and adjoining villages.

The community were thrown into darkness sequel to the breakdown of their hitherto transformer, for several months.

The donation followed a request from the community through their representatives to Senator Wamakko.

Representatives of the community were APC Chairman in Wamakko Local Government, Alhaji Bello Jijji Wamakko, as well as two other Chieftains of the party, Alhaji Sani Dalla-Dalla and Alhaji Bello Kaurar-Kimba, a former Chairman of the local government.

The haulage of the transformer from the residence of Wamakko in Sokoto to the community was supervised by him, assisted by the State APC Chairman, Alhaji Isa Sadiq Achida and other Chieftains.

Speaking shortly after the transformer was being transported to the community, Senator Wamakko reiterated his unwavering commitment to further uplift the living standard of the people of the state.

“This, I will continue to do until I die. I will never rest until I solve problems of the people, as soon as such need arises.

“Why should I rest if my people are suffering from one problem or the other? I will only rest when I do my possible best to make life better for them, ” Wamakko added.

At the community, the residents trooped out to show their elation with the arrival of the new transformer, courtesy the distinguished Senator.

They expressed delight that, the transformer will again bring back the direly needed electricity that had eluded the residents for so long.

They also promised to use the facility judiciously, as well as to guard it jealousy from vandalism.

Engineers and officials of the Kaduna Electricity Distribution Company (KAEDCO), have since commenced the installation of the transformer.

Some of the villages adjoining Dundaye Gumborawa to benefit from the new transformer include : Kanin Turu, Unguwar Lalle and Maganawa among many others.