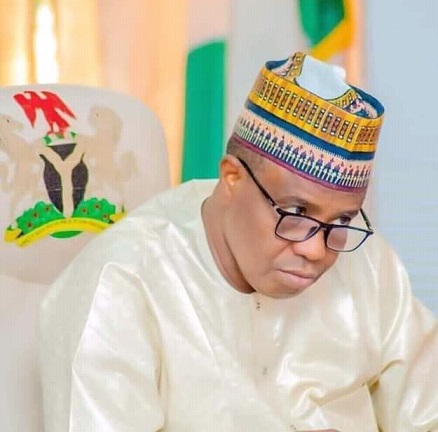 Governor Aminu Waziri Tambuwal of Sokoto State has advised the Independent Corrupt Practices and Other Related Offences Commission (ICPC) to resist pressure from political leaders to do their biddings.

Commissioning the Zonal Office of the agency in the state, Tambuwal maintained that fighting corruption is everybody’s business in view of its negative impact in the society.

“I am appealing to you to continue to resist any pressure from some of us, political leaders.

“We all know the reality of the situation and we must avoid politicization of the fight. It is a collective one. We must support it devoid of interference,” he added.

The Governor also advised anti corrupt agencies to stop receiving anonymous petition which was meant to blackmail other people.

Tambuwal however, called on the National Assembly to look into the possibility of strengthen the process of receiving and investigating petitions by making it mandatory for their originators to attach affidavits, their photographs and signatures.

“I hope this appeal will be considered by the National Assembly so as to save the precious time of Investigators, even the cause of law and other people involved in the investigation and prosecution of cases of corruption in the country,” he counselled.

The Governor also cautioned against media trial of suspects, just as he assured the agency of his government support and collaboration, especially in the area of sensitization against corruption.

Earlier, the Chairman of ICPC, Professor Bolaji Owasanoye appealed to Sokoto State Government to partner with the agency in the pursuit of its mandate of eradicating all forms of corruption in the state and the country.

The Chairman, House Committee on Anti Corruption and Financial Crimes, Mr Garba Nicolas Shehu, assured the agency that they would support all measures meant to strengthen their work.

The Chief Judge of the state, Justice Muhammad Sa’idu Sifawa described the new office complex as a land marks in the fight against corruption; he pledged to support the agency to deliver on its mandate.