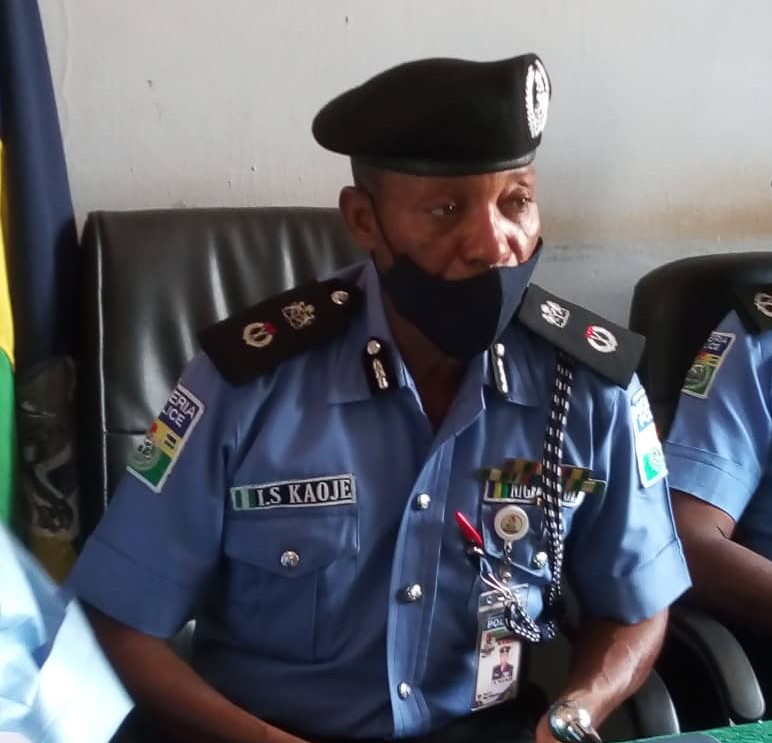 The Sokoto Police Command has arrested a syndicate of criminals conspirators, armed robbers and receivers of ribbed items.

The team during the operation arrested one Nura Ibrahim aged 32 years, of Zuba Area of Abuja.

In the course of investigation, the suspects confessed to be daredevil members of a transnational armed robbery syndicate who had robbed the residents of Abuja of over ten 10 motor vehicles and numerous valuable items especially during the infamous endSARS protests.

Investigation according to the Police Public Relation Officer (PPRO) of the Command had also led to the recovery of two 2 vehicles: one Lexus saloon car with Reg. No ABJ 805 CQ and a Lexus jeep with Reg. No：ABC 428 HA, a pistol with six live ammunition as well as the recovery of a set of anti-tracking device, the suspects confessed to have robbed the above vehicles during endSARS protests in Abuja, two (2) Toyota Camry

The motor vehicles were sold to the said Bashir Adamu of Niger Republic and intensified efforts are on to arrest other members of the syndicate.

In another development one Muhammadu Malami of Dabagin Ardo village of Dange Shuni LGA, Sokoto, reported at Dange Shuni Police Station and complained against one Tukur Ibrahim of Gazara village, Dange Shuni, that at about one month ago, the suspect criminally and deceitfully lured his daughter (name withheld) aged 12 years into a nearby farm located at Gazara village and forcefully had unlawful carnal knowledge of her.

The suspect was arrested by Abubakar Amadu, Shehu Abdullahi 3, Audu Shehu and Isah Dan Malam, all of the same address who paraded the suspect before the village Head, Marafan Gajara.

The Command PPRO further said the suspect in a bid to avert justice, he criminally proceeded to Lower Shari’ah Court Dange-Shuni to file a civil suit of defamation of character against the witnesses of the heinous crime.

The case was consequently reported at SCID Sokoto for discreet investigation, which commenced immediately.

In a case of sodomy the PPRO disclosed that, Hon. Mamuda Labbo of Arkilla area Sokoto, reported at Arkilla Police Station, that one Mubarak Sani of Bayan Dutsi area, Wammako L.G.A Sokoto State, lured two of his male children (names withheld) aged 11 and 9 years, into an uncompleted building at Arkilla Gandu area and had unlawful carnal knowledge of them.

The suspect was arrested in a swift response operation led by DPO Arkilla and in the course of investigation, the suspect confessed to the crime and revealed that it was his Traditional Teacher one Umaru Babuga of Arkilla area Sokoto that introduced him to homosexuality,

He said that his teacher had unlawful carnal knowledge of him five (5) times, promising him that engaging in the act would make him to be famous.

The teacher who has over one hunderd students in his school also confessed to the commission of the offence and will be charged to court upon completion of investigation as stated by the public relation officer.

The State Police Command sternly cautions criminals to desist from crime in its entirety, as it yields no positive outcome.

The Command’s consistent deployment of operational and human assets in its painstaking efforts to bring crime to the barest in the state is yielding positive results.