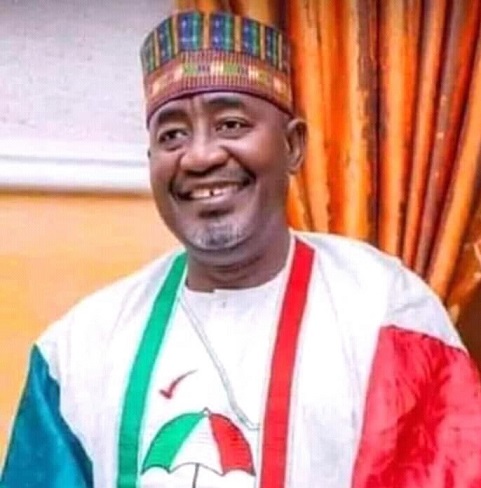 The Chairman Peoples Democratic Party (PDP), Sokoto State Chapter, Alhaji Bello Aliyu Goronyo has commended followers of the party for their maturity and continued loyalty to the leadership of Governor Aminu Waziri Tambuwal and the party.

The chairman made the remarks in an exclusive interview with Stallion times in Sokoto.

He said party delegates from all the 23 local Governments have displayed loyalty to the Governor and unanimously consented the position of State PDP Chairman to the eastern part of Sokoto state with a view to ensure equitable distribution of party offices.

The position of the state PDP Chairman which was earlier zoned to Bodinga local Government in the southern was shifted to Goronyo local government which is in the Eastern part of the state.

“We have been working as a team since our election and we commended the support and loyalty of our followers,” Goronyo said.

He said: “Governor Aminu Waziri Tambuwal is currently fulfilling his campaign promises to the people of the state through execution of a number of capital projects in all part of the state.”

“People of the state would hence seize to go outside the state in search of medication, with the establishment of the state-of-the-art Medical diagnostic centre, the State University Teaching Hospital and two other premiere Hospitals in Sabon Birni and Tambuwal local Governments,” he added.

The PDP Chairman however disclosed that, the PDP administration of Governor Tambuwal is constructing two flyovers in the state metropolis with a view to bring an end to traffic gridlock and ensure smooth vehicular movement.

He said: “The state government is constructing Urban water scheme in all the 23 local government areas if the state to enhance water supply.”

The chairman appealed to members of the PDP in the state to remain united and support the policies and programs of Governor Aminu Waziri Tambwal in his bid to move the state forward.

Others are Kulu Rabah as State Woman Leader and Mustapha Binji Youth Leader among others.

Goronyo maintained that all the 39 executives of the party in the state were elected through popular votes.

He commended supporters of the party for their sense of maturity during and after the last congresses, saying, “those who lost should not see it as the end of the world, tomorrow is another day.”