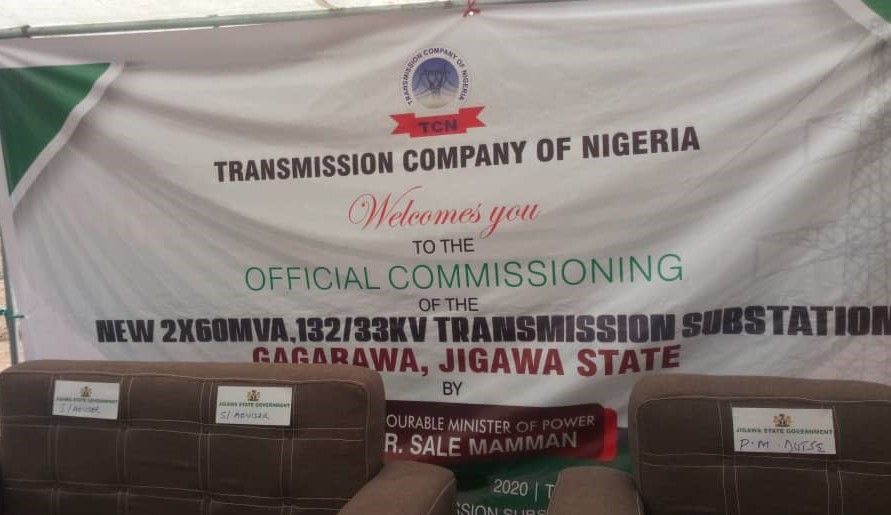 The Federal Minister of Power, Alhaji Sale Mamman was yesterday humiliated in Jigawa State as Governor Muhammad Badaru Abubalar and other officials in the state allegedly snubbed the official commissioning of 2x60MVA,132/33KV Power Transmission Substation in Gagarawa.

The Minister and other officials of Transmission Company of Nigeria (TCN) were forced to postponed the official commissioning of the project few hours to the occasion.

Mr Sale Mamman was kept stranded at Government House Dutse for several hours as Governor Muhammad Badaru Abubakar refused to attend to him.

The Minister left Dutse government house with a gloomy face and was visibly disturbed by the disappointment and embracement mated on him.

Hundreds of people gathered at the venue for the commissioning of the laudable project that would have direct bearing to the social and economic development of the state were also left under speculation and uncertainty of whether the governor would attend the occasion.

As officials of TCN, contractors and other people were kept under uncertainty, some few state and local government officials including Emir of Gumel, His Highness, Ahmad Muhammad Sani left the event venue.

It is well known that Governor Badaru has interest in the completion of the over 20/years project substation, but the public wondered why he refused to support the commissioning of the project.

Some analyst in the state said, the power play, mutual suspicion and rivalry among various political camps in All Progressive Congress (APC) was the reason behind the technical sabotage of the minister’s effort.

One of the analysts, Dr Ibrahim Guaiwa adumbrated the whole scenario to the struggle for the control of APC Party ahead of 2023 general elections.

“It is all about 2023 party ticket, and what happened today is just the beginning of the larger crisis in the ruling party considering the “knockout strategy” adopted by party leaders in pursuing their interest ” Dr Ibrahim stated.

The official of the TCN who officially announced the indefinite postponement of the occasion refused to give reasons behind their action.

Similarly, all efforts to get comments from state government officials proved abortive.