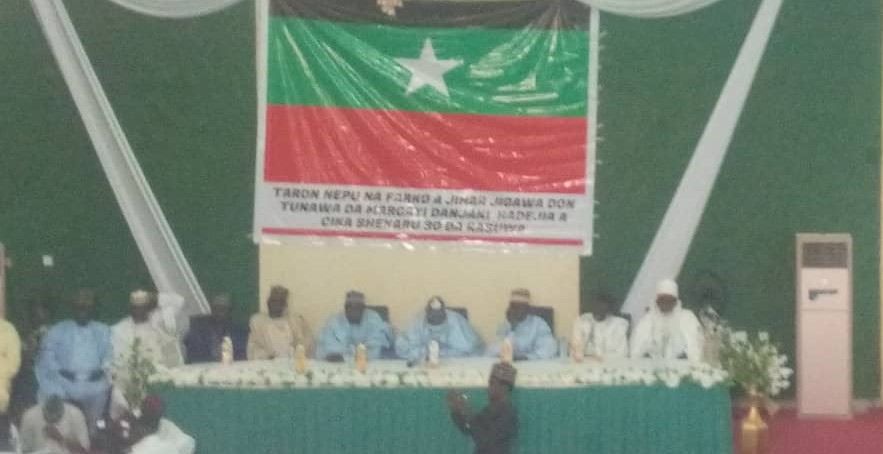 Lectures and special prayer sessions were yesterday held in memories of political heroes who participated in the struggle for the emancipation of common man under the defunct Northern Element Progressive Union (NEPU) of the first republic.

The programs which were organized by Muhammad Danjani Hadejia family is aimed at reawakening the youth on the need to actively participate in to the country’s democratic process for a better future.

While presenting his paper at the occasion, the guest speaker, Dr Ibrahim Basirika said: “The first generation of Nigerian politicians play politics base on ideology with clearly defined mission and vision for citizens and nation”.

“Upholding to the party philosophy, respect to the leadership institutions is what made the past political leaders to achieved great success within short time,” he added.

According Dr Basiruka, for Nigerian youth to build from where their forefathers stop, they must join the politics and also play it base on philosophy and ideology as done by Malam Aminu Kano, Danjani Hadejia,  Hajiya Gambo Sawaba , Lili Gabari, Illa Ringim and their likes.

In his speech during the occasions, the former Jigawa state Governor and one of the PDP founding father’s Alhaji Sule Lamido told the youth and other participants that, reading history of the past heroes and event enables ones to understand his society and role expected to play in moving it to the better position.

Lamido told the gathering that, NEPU was beyond political party, rather it was a faith, “a faith for freedom, a faith for human compassion, dignity, peace and progress,” and this is what made the NEPU struggle to be a role model from generation to generation.

Lamido than charged the younger generation to be democrat and play politics with nation in their hearts not personal aggrandizement.

“You must be good before you make Nigeria Good, please be a child of good character emulate the virtues of those people we are remembering and celebrating today” Sule Lamido challenged the youth.