Always for the Masses till the Very End 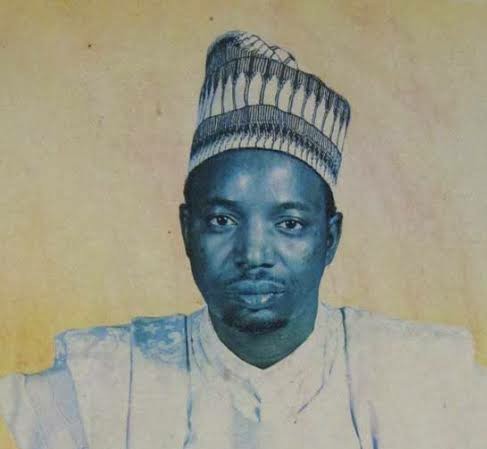 How does one write a special tribute for somebody you have never met? You do it with the conviction. Few politicians can be depended upon. Fewer have integrity. But the late Alhaji Abdulkadir Balarabe Musa however stood apart like a Colossus. Not only exemplifying uncommon transparency but leadership dynamism, he was an icon of integrity.

If so, how did he survive in the murky waters of Nigerian politics? He didn’t survive long that is how.

Sworn into office as civilian governor of the former Kaduna state, now encompassing 34 LGAs of the present Katsina state and 23 of today’s Kaduna state on October 1, 1979, he hit the ground running with a myriad of developmental projects and a people-oriented governance style. Expectedly, he was wrestled to the ground.

On June 21, 1981 he declared; Our state is at the heartland of the northern parts of this country, in every sense of history and culture, economically and politically. But we do not belong to the retrograde north of feudalists, slave-holders, crooks, parasites and foreign agents. We are of the cultured north of democracy, liberation and social progress for all the people of Nigeria” Exactly 2 days later on June 23, 1981, he was removed from office as governor!

The signs and symptoms of his political downfall were predictable when; “Kaduna Polo Club sent Musa an invitation to join along with a mallet he refused the invitation and gave the mallet to a servant, saying “I don’t play polo … It is the game of the rich and powerful, of neo-colonialists.” Before then he had appointed the irrepressible critic and Marxist historian, Dr. Yusuf Bala Usman as Secretary of Government.

The backlash from the Kaduna Mafia was as WB Yeats put it; “Turning and turning in the widening gyre……The ceremony of innocence is drowned”

Many Nigerians have asked about the Kaduna Mafia; “Do they really exist?” Well? They do according to Dr. John Bala Takaya, author of Kaduna Mafia: A Study in the Rise, Development and Consolidation of a Nigerian Power Elite (1987) Besides, Lt. Colonel Abubakar Dangiwa Umar in his valedictory speech as Military Administrator made direct references to “the nefarious activities and the attempts of the Kaduna Mafia to thwart the efforts of his administration” See details in Nigerian Standard newspaper edition of June 17, 1988.

The erstwhile head of NSO (now DSS) during the Shagari administration, Alhaji Umaru Shinkafi would make direct references about the Kaduna Mafia and its antics in an exclusive interview. See details in Newswatch magazine edition of May 29, 1980.

On August 28, 1985 a day after the overthrow of the Buhari-Idiagbon junta and the replacement of the Supreme Military Council with Armed Forces Ruling Council, the late Alhaji Bakarabe Musa alongside other political detainees of the defunct Second Republic were conditionally released by IBB. It could be recalled by December 5, 1985, CJN Ayo Irikefe swore in the Justice Samson Uwaifo panel which reviewed the cases of those never convicted by the previous Special Military Tribunals.

On that list were Alhajis Musa and Lateef Jakande formerly Lagos governor. Back then Nigeria had only 19 states. Others were Alhaji Shehu Shagari and previous VP Alex Ifeanyichukwu Ekwueme. They remain Nigeria’s First Eleven of integrity untainted by official corruption while they held public office.

In conclusion, permit me to feature his Wikipedia page updated 4 hours ago highlighting his 4th Republic intervention up to his demise earlier today;

“Musa continued to be active in politics. He was the PRP candidate for the presidency in the April 2003 elections, selected in February 2003. However, without even enough money to print posters he was not successful.”

“In May 2003, the Inspector-General of Police Tafa Balogun refused a permit to the Conference of Nigerian Political Parties (CNPP), to hold a rally in Kano. As Chairman of the coalition, Musa said he refused to be intimidated, and the CNPP had other ways to achieve their objectives.

Speaking as CNPP chairman in February 2004, Musa described President Olusegun Obasanjo’s policies as “phantom and mirage”, doing nothing for the people and serving only to enrich politicians and government officials.”

“In the 2007 elections, the CNPP backed Muhammadu Buhari as a credible alternative to the PDP candidate Umaru Yar’Adua. In February 2009, Musa said “Capitalism is returning us to the era of slavery. The solution to the current crisis is the abolition of greediness and antagonistic competition in our economic systems.”

“Musa spoke at a public lecture and reception in January 2009 in honour of former Oyo State governor Lam Adesina. He said that electoral rigging had to be stopped, and said “We need a revolution in Nigeria to have a positive change in the political system”.

In November 2009, Musa said that Nigeria’s economic system was based on narrow self-interest, with a disabling level of corruption, theft and waste of public resources. He expressed concern that the state might fail, as had happened in Somalia, but said this was unlikely since the USA would act to prevent it due to the strategic importance of Nigeria.”

“In an interview in April 2010, Musa said the electoral system was rigged to favour those with money. He was sceptical about whether implementing the recommendations of the Uwais Committee, such as removing state electoral commissions and having all elections run by the Independent National Electoral Commission, would have any positive effect.”

“However, he was cautiously optimistic that Labour could put up a credible showing against the People’s Democratic Party (PDP) in the 2011 elections through alliances with other parties such as Action Congress. The same month, former Vice-President Atiku Abubakar said that Musa had obstructed formation of a mega opposition alliance because he did not want to lose the identity of his PRP in the larger group.”

“On 31 August 2018, Musa quit active politics due to health issues and announced his immediate resignation from chairmanship of People’s Redemption Party.”

Withstanding his support for GMB in 2007, the late Alhaji Balarabe Musa on Thursday, July 21, 2016; “described the President Muhammadu Buhari’s government as an “anti-people”.

He made the assertion at a colloquium held by the National Conscience Party (NCP) held in honour of the party’s founder, Gani Fawehinmi, in Akure.

Mr. Musa, who chaired the occasion themed, The State of the Nation: If Gani Were to Be Alive, argued that “the policies of the federal government, instead of ameliorating the sufferings of the people, have further impoverished and inflicted more pains on the masses”.

May he rest in peace!

Great hero. Your vacuum is difficult to be filled. May Allah comfort the immediate family & all of us.Rest in peace….