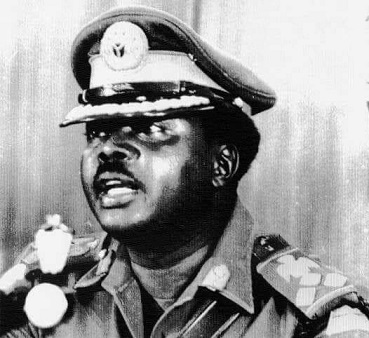 General Murtala Muhammad was Nigeria’s head of state from 1975 to 1976. He was born in 1938 at Kurawa Quarters in Kano City.

Some people have been distorting his historical background by claiming that his father was of Edo origin (South-South of Nigeria). This misinformation started in 1986 for which members of his clan repudiated. The repudiation of the false allegation appeared on New Nigeria Newspaper of 13th February 1987.

Astonishingly the liars, continued to repeat the lie despite the available historical facts presented by his clans. Some few weeks ago the opera news represented the said baseless Edo origin of Mutrala’s father. Another false version has recently emerged which claimed that his father was a birom, a tribe in Plateau State.

Despite all the facts made available, I find it difficult to understand the motives of those peddling these lies. I intend to highlight the true origin of his father Mallam Muhammad (aka riskuwa).

The father of Murtala whose mother’s name was mai’nna was the daughter of Makaman Kano Hamza (a Kano kingmaker) belongs to Gynawa clan which is an upshot of Jallubawa Fulani.

The Jallubawa migrated from Futatoro in Senegal to settle in Mali, some of them led by Muhammadu Madli moved to Bagirmi Kingdom which bordered Borno empire.

His son Salihu Gagga led some of them from Bagirmi to settle in Tsangaya, Gaya district of Kano State territory.

The Gynawa participated in the 19th century jihad against the east in Kano under the leadership of Jobawa fulani clan.  After the jihad, the Gyanawa served as scholars and administrators of justice producing alkalin kano (Chief Justice) and most of the `alkalai (judges).

In conclusion, to this and by this write up I do not intent to malign all the tribes so mentioned  that he emanated from,  but I feel that it’s important to put  perspectives in their correct formation and throw in more lights as to remove all doubts about the origin of this revered and most respected leader  that Nigeria and Nigerians are proud of.

This is really astonishing work from my dad , May Almighty Allah grant him jannah and bless him with abundance of knowledge.