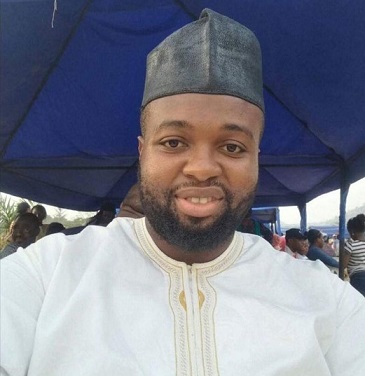 I salute your excellency, the Executive Govenor of Kogi State, Alhaji Yahaya Bello in the name and spirit of common experience and shared humanity.

I also congratulate you for the success of your first term in office and the second tenure going forward.

Your excellency, Sir, it is with total dismay that I bring to your attention that over time since your emergence as the govenor of Kogi, my people of Ankpa Local Government have been living in total darkness without electricity; the only thing we shamelessly witness in Ankpa is either the impunity and the bastardization of all the values by political office holders.

The State Assembly lawmaker elected to represent the affairs of the Ankpa people is not leaving to expectation. It’s so saddening that the elected leaders and occupants of political positions are performing below expectation.

As for the national assembly leaders, it is unarguably worrisome that after all the vows and campaign promises to Ankpa people on how schools will be equipped to improve the learning standard of education, create job opportunities and to inculcate entrepreneurship skills alongside stable electricity across the local government, my people are yet to enjoy these dividends of democracy occasioned by bad leadership and poor representation.

The political scenario in Ankpa local government is that of failed governance on the part of political leaders and representatives of the people at the helm of affairs.

The lack of electricity is continually causing the loss of millions of naira by small and medium scale business owner; businesses are closing shops leading to increased number of unemployment in the LGA, plus the hardship suffered by thousands of residents of Ankpa.

To this end, I am appealing to you, Sir, the Executive Govenor of Kogi State Alhaji Yahaya Bello, lawmakers from Ankpa and other government functionaries to come to the aid of the Ankpa LGA and its people.

Yours Sincerely, Hon. Prince Yakub Yakub can be reached via princeyaks@gmail.com