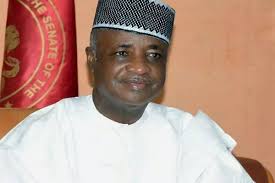 The lucky students would study various Science, Engineering and Medical courses, so as to booster manpower supply to the state and Nigeria, hence get more Engineers, Medical Doctors and other related professionals.

Wamakko, a former Governor of Sokoto State, presented the admission letters to the benefitting students, at his residence of Sahabi Dange road, Gawon Nama Sokoto.

The students were drawn from across the twenty-three local government areas of the state, devoid of consideration of his Sokoto North Senatorial District.

Presenting the admission letters to the students, Wamakko admonished them to be serious with their studies, as well as steer clear of any acts capable of truncating their education.

He also urged them not to misuse the golden opportunity the Almighty Allah has provided them with through him.

While urging them not to engage in acts capable of smearing the good image of their families or Sokoto State, the former Governor also described education as the best asset one can possess.

“A whopping amount of money has been spent in securing the admission slots and other related expenditures under the gesture, hence, you should not misuse the opportunity, as energetic and patriotic youths,

“You should stay away from any obnoxious groups like cults, that will morally corrupt you while it may eventually lead to your expulsion, if arrested and indicted, ” Wamakko, advised.

The students will study courses ranging from Medical courses, Engineering, Public Administration, Information, Communications and Technology and Psychology, among others.

The students are expected to commence their academic activities at the University, this week.