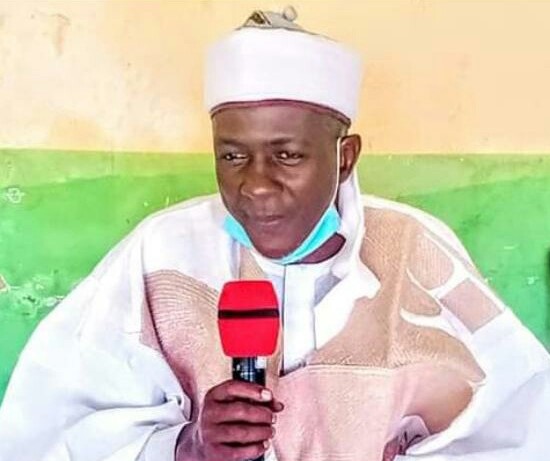 The national chairman of the Da’awa Coordination council in Nigeria Malam Muhammad Lawal Maidoki has condemned in totality the actions of president of France Mr Macron for supporting those insulting the Noble Prophet of Islam Muhammad (SAW).

The chairman who made the remarks on behalf of 55 Islamic Da’awa based organizations during a press conference said what France has done to Muslim ummah is tantamount to triggering bloodshed in France and other part of the World.

He said a situation whereby a sitting president like Emanuel Microon of France would come out to support that insulting prophet of Islam is an issue of great concern, intolerable and unacceptable by the world Muslim Ummah.

“to those who are mocking our prophet (PBH) by drawing a nasty image as well as writing injurious and insulting captions and those hailing and supporting their ideologies are not only wasting their times but fooling their followers.

“It’s a that an instrument for assessing values were turned upside down to the extent that opinion leaders and head if Governments like Macron could be at the vanguard of this infamous and most leading campaign if calumny against the Prophet (PBH) and The Muslim Ummah.” Says Maidoki

He said history has documented France as a country that massacred over 40,000 Islamic scholars by slaughtering them during colonization of the republic of Chad whose heads were deposited in the museum.

The Chairman further mentioned that it was the France that also massacred 10,000,000 people in Algeria as documented by a popular French historian Jack Jorkie, a testimony that no one can deny.

“Prophet Muhammad (PBH) always instruct leaders to honour and respect their promises and treaties. And they should not compel any body to accept Islam against his wish.” Says the DCCN chairman.

He said there was never a time where the prophet was either happy or proud of collecting human heads or shading blood.

We will never forgive Mr Emanuel Macron and his cohorts and we will never be succumbed to their yearnings and aspirations, we will sacrifice our blood and souls in defence of prophet (PBH) and religion of Islam.