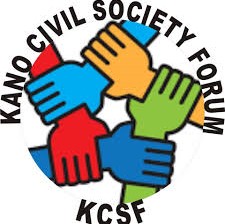 Kano Civil Society Forum (KCSF) has urged the Kano state government to establish a judicial panel of inquiry into alleged SARS/Police brutality of citizens in line with the directive of the federal government.

The forum, an umbrella body of over 190 different Civil Society and Community Based Organizations operating in Kano State said: “though, the state did not experience so much from the EndSARS protests, it, however, feels that there is an imperative need to establish a panel to unravel police brutality in the state”.

A statement jointly signed on 6, November, 2020 addressed to Gov Abdullahi Umar Ganduje by the forum’s President and General Secretary, Ibrahim Waiya and Peter Hassan Tijani respectively, said: “it is important to constitute an all-inclusive judicial panel of inquiry, as a response mechanism with specific responsibility to unravel the circumstances surrounding the alleged SARS/police brutality and abuse of power”.

“This we believe will provide an avenue for the Nigerian citizens in Kano State to be heard,’’ it added.

“Sir, you could recall that, there was a nationwide protest by Nigerian citizens concerning the operations of the disbanded SARS, a tactical team of the Nigeria police, bordering on allegations of brutality, extrajudicial killings, harassment and intimidation as well as a violation of citizens rights.

These and related issues constituted largely the reasons behind the EndSARS peaceful demonstrations across many states of the federation, unfortunately, and eventually turned bloody.

Consequently, the ugly development influenced the decision of many states Government to set up a Judicial Panel of Inquiry (JPI), as an immediate measure to calm the situation.’’

‘’Sir, some of the States that set up their panels, include: Lagos, Kaduna, Ogun, Delta, Bauchi and many more, and have already swung into actions.’’