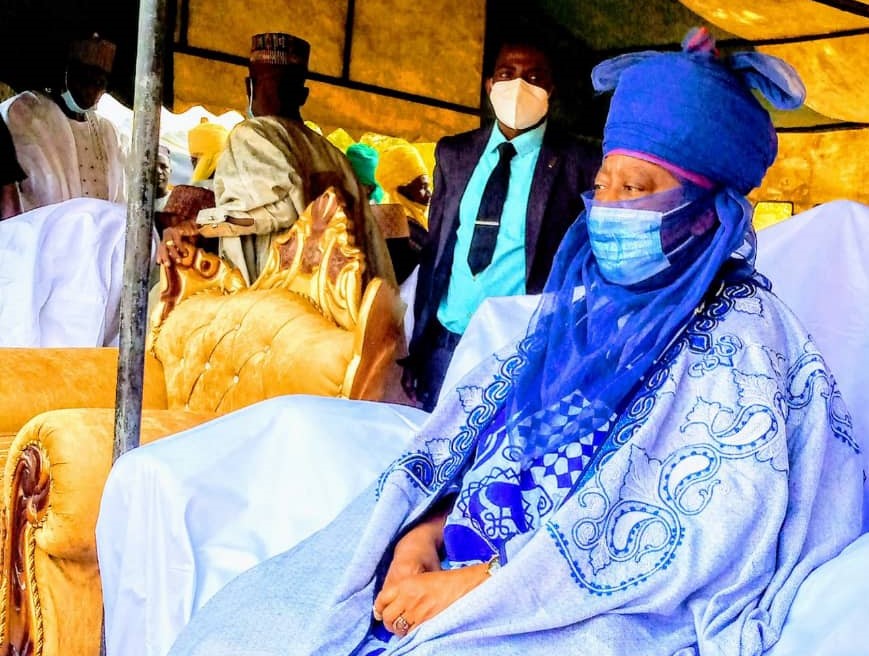 The Emir of Bichi, Alhaji Nasiru Ado Bayero has commenced formalization tour to Local Government Areas (LGAs) in his Emirate, 6 November, 2020 with a visit to Tsanyawa LGA.

Addressing hundreds of people of at Tsanyawa District head palace, the Emir expressed delight with the reception he received.

Alhaji Nasiru Ado Bayero charged his subjects to continue leave with one another in peace and unity for the sustainability of their soci- economic development.

He urged them to be law abiding during the forthcoming local polls in the state and to report any suspected faces in their domains to the nearest security agency.

The Emir also visited Tsanyawa Secondary School and Tsanyawa Hospital said he is aware with state government free education and health program and called on parents to complement government efforts in that directions.

In his remarks, Tsanyawa local government Chairman, Alhaji Safiyanu Muhammad Harbau enumerated some of the developmental projects executed by his council in education and health sectors.

He called on the Emir to intervened to ensure the construction of feeder roads in the area by the federal ministry of Agriculture as earlier promised by the minister of the ministry.

Speaking on behalf of the elders in the area, Alhaji Sunusi Nasarawa commended the Emir for his plans to establish private university and solar village in the Emirate.

Responding the District Head of Tsanyawa, Danmakwayon Bichi, Alhaji Mu’awiya Abbas Sunusi informed the Emir that he has the support and cooperation of the people since his appointment as District head of Tsanyawa.

He thanked the Emir for starting the tour with his area and hope the Emir would continue to give priority to Tsanyawa LGA in any developmental project he intendS to execute in Emirate.

Later the Emir led Qur’an recitation and special prayers for the sustainability of peace and stability in the state and country at large.