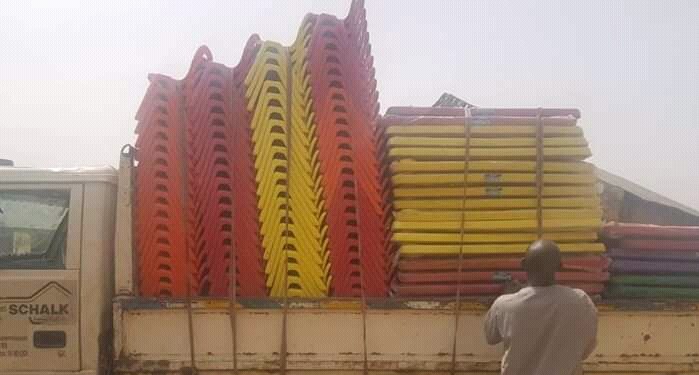 The State Universal Basic Education Board has commenced the distribution of plastic tables and chairs for pupils of Early Childhood Care Development and Education Schools across the 23 LGEAs of the state.

The Board Chairman, Alhaji Shuaibu Gwanda Gobir who spoke through the Permanent Secretary of the board, Alhaji Faruku Shehu said the plastic tables and chairs were provided through 2018 SUBEB, UBEC intervention funds.

Alhaji Gwanda explained that twenty thousand (20,000) school furniture would be provided under the intervention scheme.

He said the furniture were meant for the newly constructed schools and renovated classrooms across the State.

The board chairman said since inception of the Aminu Waziri led administration   construction and renovation of schools has been the boards major priority.

The sole aim maintained according to the chairman is to ensure conducive atmosphere of learning and teaching environment at basic level of education.