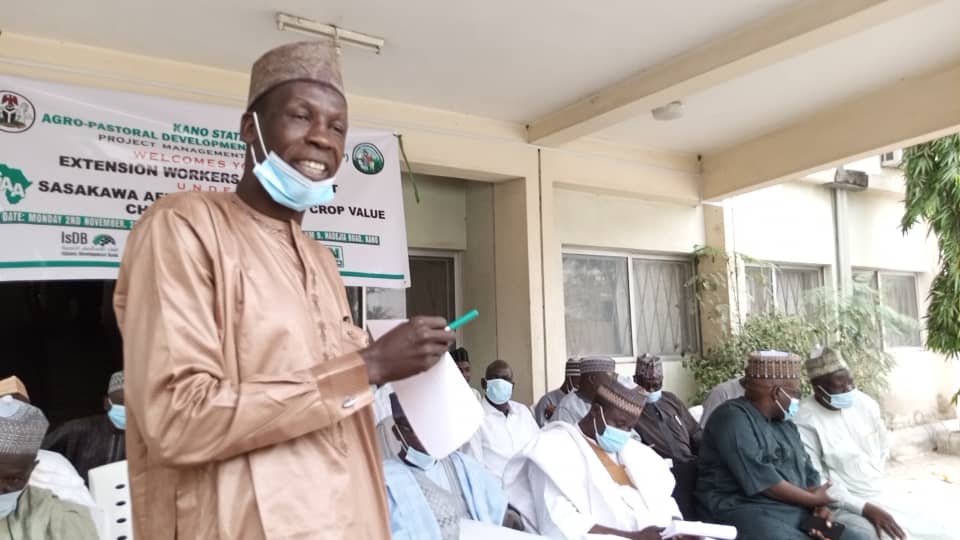 A total of 70 km of feeder roads (70km) will be constructed by the Kano State Agro Pastoral Development project (KSADP) in different parts of the State.

“The roads will be constructed to facilitate movement of commodities and animals from farms to markets and to other parts of the State”.

Muhammad said: “Our interventions, which include the SASAKAWA intervention, will cover cereals such as rice, maize, millet and sorghum while the KNARDA intervention will accommodate the production of legumes, like cow pea, soya beans and groundnut”.

According to the statement, “These interventions will eventually lead to increased food production in Kano, which will necessitate the construction of more access roads, for farm produce evacuation from the rural communities to markets in towns and urban areas”.

Muhammad also said through Sasakawa and KNARDA services, the KSADP will impact on not less than a combined total of 550,000 farmers, providing them with trainings, inputs warehousing and marketing services, to enhance their productivity.

He revealed that the renovation of the Watari dam in Bagwai local government area, which will commence shortly, would further boost food production and create more jobs in the state.

He then urged the extension workers to be alive to their responsibilities, stressing that no delay was expected from them since the interventions would start in the dry season, which is just around the corner.

In his remarks, the Country Director, SASAKAWA Africa, Prof. Sani Miko, represented by Dr. Abdulhamid Gambo, explained that a work plan for the intervention has already been drafted, while 90 extension Agents have been engaged from KNARDA.

“These Extension Agents will among several functions, form farmers groups and select community-based Extension Farmers who will lead demonstrations and marketing services, to ensure sustainability after the lapse of the project life span”.

Earlier, the Managing Director of KNARDA, Ibrahim Sulaiman Dan Isle highlighted the long-standing relationship between his agency and SASAKAWA Africa, noting that the fact that the two agencies have formed a synergy under the Kano State Agro Pastoral Development Project heralds a good omen for farmers in the state.