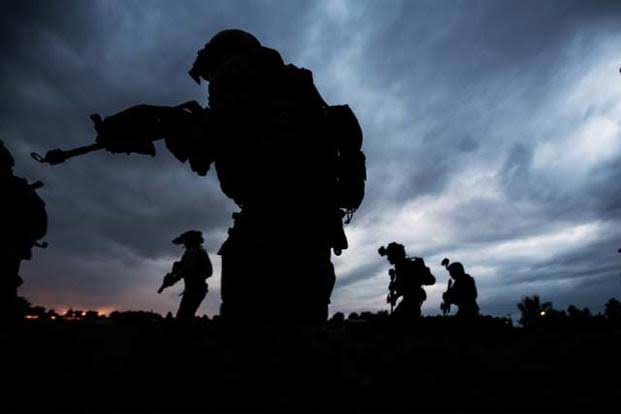 These are not the best times for our nation aftermath of the EndSARS protests. Notwithstanding the fault lines and our entrenched differences, it is time to rally around the Green-White-Green. As Nigerians, we must beware of being “gaslighted”

On November 4, 1979 the American embassy in Tehran was overrun. This followed the exile of Shah of Iran, Mohammed Reza Pahlavi to the United States after a revolution led by Ayatollah Ruhollah Khomeini. 55 Americans were held hostage for 444 days. They were released on January 20, 1981.

Gary Sick, then a White House aide asserted the entire kidnapping was a political hatchet job executed to frustrate the re-election efforts of President Jimmy Carter.

Sick, a retired US Navy captain served on Carter’s National Security Council openly claims “Individuals associated with the Reagan-Bush campaign of 1980 met secretly with Iranian officials to delay the release of the American hostages until after the Presidential election. For this favor, Iran was rewarded with a substantial supply of arms from Israel.”

See October Surprise: America’s Hostages in Iran and the Election of Reagan (1991) for details.

So, against the background of the reported rescue of an American on Nigerian soil is history repeating itself ahead of the US presidential polls in just a couple of days? Gaslighting; “describes the exploitation of an unwilling subject on social media, with the intention to shock and entertain others.”

In our clime the inherent danger is to traduce and lose confidence in our military despite aiding the recent American raid on our soil. The erstwhile hostage, 27-year-old Phillip Walton has spent the last 2 years at Massalata in Tahoua near Maradi “raising camels”

It was not surprising Jimmy Carter woefully lost to Reagan as the hostage crisis played out for exactly 1 year, 2 weeks and 2 days. The American hostages were released the day Ronald Reagan was sworn in for his first term on January 20, 1981. The Iran-Contra Affair during Reagan’s second term would vindicate Gary Sick.

Former Nigerian Army chief, Lt. General Ishaya Rizi Bamaiyi describes the political strategy used in crowning OBJ as president in 1999 as “working towards the answer” in his memoirs; Vindication of a General (2014).

The template Bamaiyi is talking about is mostly derived from Edward Luttwark’s Coup d’état: A Practical Handbook. “The book was reportedly studied by General Mohamed Oufkir, the ringleader of a failed plot to overthrow the Moroccan government, in 1972.

In 2006, Filipino President Gloria Macapagal-Arroyo stated the people’s mass demonstration to force her to step down was what expert Edward Luttwak outlined.”

The film version of Luttwark’s book was released in 1978. Nowa Omoigui in his epic; Palace Coup of August 27, 1985 claims video cassettes of the film “Power Play” were distributed to the arrow heads in the overthrow of the Buhari-Idiagbon led junta.

Any Nigerian that has taken time to forensically review the events and timeline in the build-up of the EndSARS protests that culminated into the Lekki shootings would no doubt be surprised about how President Buhari as a distinguished alumnus of the US Army War College could not keep his eyes on ball by seeing through the fog.

In my summation the EndSARS protests were however not contrived at overthrow but to exert maximum pressure to extract far reaching political concessions toward Restructuring of Nigeria.

Remember the 5 for 5 immediately mutating to 7 for 7?

Anybody who claims the EndSARS movement has no leadership must be living on the Moon!

“Chris Mcmanus, 28, from Oldham, Greater Manchester was a British contract worker for B Stabilini; an Italian construction company. He was kidnapped on 12 May 2011 in a raid by militants from his apartment in Birnin-Kebbi, along with an Italian colleague Franco Lamolinara, who also worked for B Stabilini.

In August 2011 the kidnappers released a hostage video to a Mauritian news agency, threatening to kill McManus and Lamolinara unless demands were met. On 8 March 2012, members of the British Special Boat Service supported by members of the Nigerian Army attempted a rescue mission. It failed when both hostages were executed by their captors.”

What then is the way forward in battling insecurity in Nigeria?

Removing the Service Chiefs without revamping the entire sector would be tantamount to putting new wine into an old wine skin.

Our military is an extension of our national life. Therefore, only a frank and sincere overhaul in our entire economic and political system can bring about any paradigm shift.