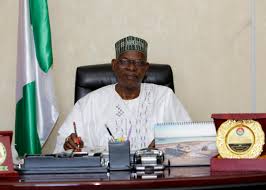 The Nigerian Ambassador to Jordan, Alhaji Haruna Ungogo is dead.

His death was announced on Musa Tijjani Ahmad facebook page stating that the diplomat died at a government hospital in Garki, Abuja on Sunday.