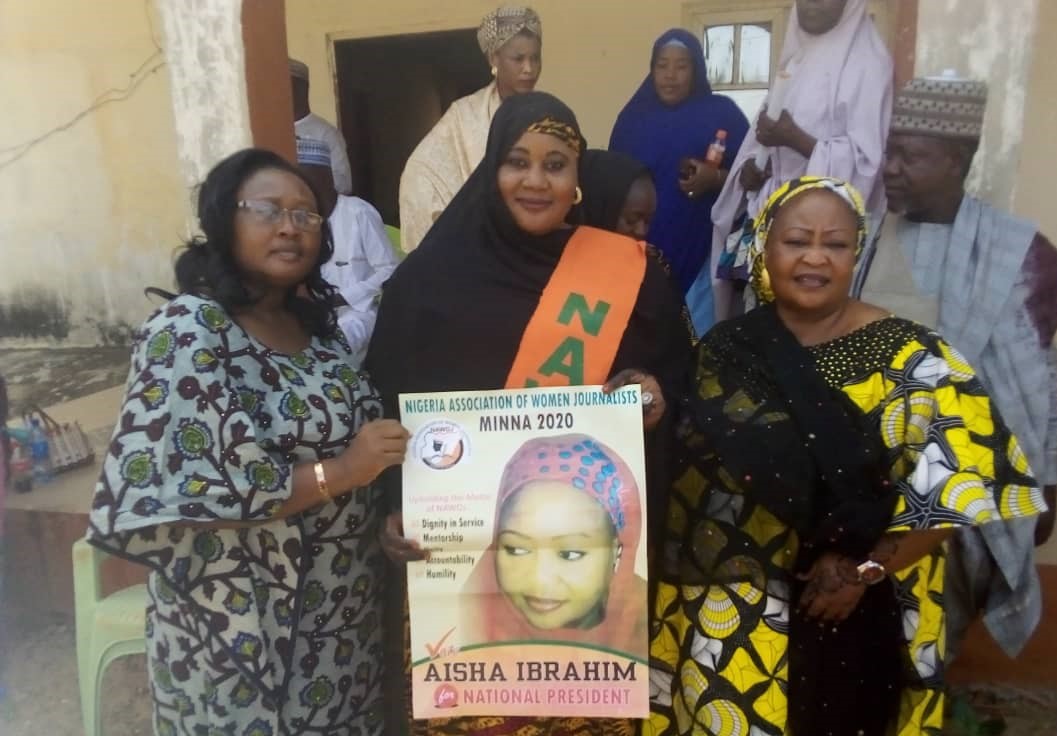 The presidential candidate of Nigerian Association of women Journalists (NAWOJ) Hajiya Aisha Ibrahim takes her campaign train to Kebbi, soliciting for the support of NAWOJians in the state with a pledge to restructure the association and restore its dignity.

She made the disclosure while addressing members of the association in Birnin Kebbi, she said NAWOJ has suffered a lot from bad leaders who could not produce achievements of their tenure.

According to her, “in the event I am returned as the NAWOJ President, I will do everything possible to bring back the lost glory of the association, by creating an avenue for training and retraining of members, construct the association’s secretariat and improve members welfare among others”

Aisha also revealed that, since the beginning of unrest in northern part of Nigeria, especially Maiduguri where boko haram has killed women and children, with incidents of insecurity from Zamfara to Katsina, Kebbi, Kaduna, and some states in the southern and western parts of the country, NAWOJ not extend condolences or sympathize with the victims who mostly are woman and children.

The aspirant who held various positions of the association, called on members to come out enmass and vote for her, so that she can move NAWOJ forward.

“If you give me the mandate, we will build NAWOJ National Secretariat, restructure the association and operate in synergy with state councils and train and retrain members,” she stressed.

Responding, the NAWOJ Deputy National President, Hajia Maryam Atto Muhammad said: “based on Aisha’s track records and her vast experience, there is hope that she can manage the association and take it to a greater level.”

She however assured the candidate of a massive vote from Kebbi, and a total support, noting that they will never regret voting Hajiya Aisha as NAWOJ President.

Those in attendance where the State Chairman of the NUJ Comrade Aliyu Jajirma, his vice chairman Nura tanko Wakili, and the state Secretary comrade Kabiru Wurma, NUJ Chairmen of various chapels in the states, along side the Zonal secretary NAWOj zone A., Hajia Khadija Saidu, and all members/exco members of the NAWOJ, Kebbi state.