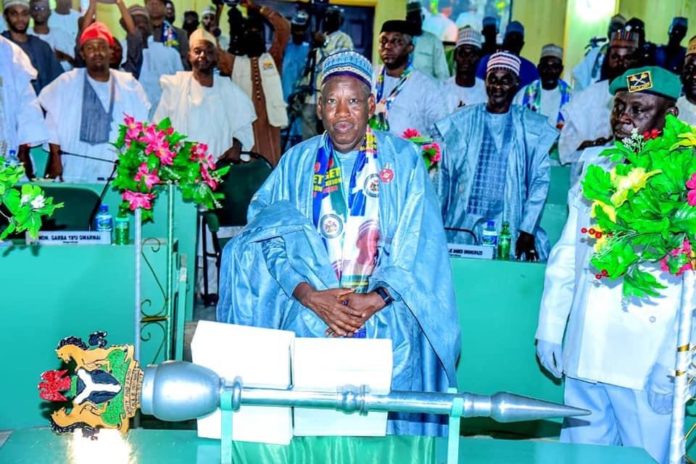 Chief Press Secretary to the Governor of Kano State, Abba Anwar quoted the Ganduja saying “the budget reflects our vision for diversification of the state sources of revenue with a view to lay a solid foundation that will guide the administration to pursue its development objectives built on our operational principles, aspirations and priorities geared towards the continued leadership position of the state…in all sectors of the economy particularly education, water supply, health, agriculture and infrastructural development.”

Governor Ganduje assured that, ” Having laid down the foundation for the implementation of policies and programmes of our administration in the last ten months, we intend to commit our energy and resources to the pursuit of major projects and programmes in the 2021 fiscal year.”

The focus of the budget according to the governor will be the integration of Almajiri system of education, security, food security, fight against corruption (the state has the vibrant Anti-Corruption Agency, as acknowledged by the governor), health, empowerment programmes, skills acquisition and public private partnership, among others.

I Am Proud of HMB – Dr. Tsanyawa