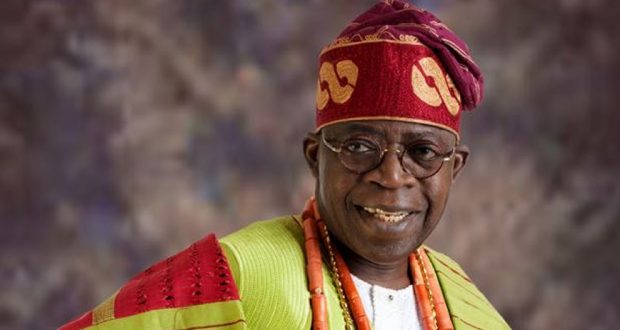 Former Lagos State governor, Bola Ahmed Tinubu, has faulted security agencies in Nigeria for failure to use their expertise in identifying and differentiating between genuine and peaceful protesters and criminal elements while discharging their duties.

Writing about the Lekki Tollgate incidence where security agencies opened fire on peaceful protesters Tuesday night, Tinubu released an article Sunday where he said “the protesters have remained peaceful. What has happened is that petty criminals and political miscreants sponsored by those who seek to stir mayhem are misbehaving and sparking trouble on the outer fringes of the protests.

“Police and law enforcement have an overriding responsibility to differentiate between protesters and criminal elements. No doubt, they must stop the criminals.

However, it would be morally wrong and politically counterproductive to use the existence of this fringe criminal element as a pretext to checkmate genuine protests. While some may think this is a cunning way to short-circuit the protests, such misguided cleverness will only worsen matters, rendering discussions towards a satisfactory settlement more difficult”, Tinubu said.

According to him my opponents have every right to oppose me politically but let them have the courage to do so in the open, above board and to employ facts not evil fiction in their efforts against me. They have no right to slander and defame anyone with the terrible and vile fabrications now cast at my feet.

Saying on the other hand, I am, indeed, a promoter and financial investor in the Nation newspaper and TVC. It was widely known and circulated through social media that certain malevolent elements were going to take advantage of the situation to attack the Nation newspaper facilities and TVC in Lagos.

Added that the attackers came and both facilities were significantly damaged. Although equipped with prior notice of the imminent trespass, I did not call any one to seek or request for the army or police to deploy let alone attack, kill, or injure those who razed and vandalized these properties. I did not want any bloodshed, saying these elements, mostly hirelings of my political opponents, wreaked their havoc and destroyed those buildings and facilities and I thank God that the employees of these two media institutions managed to escape largely unharmed