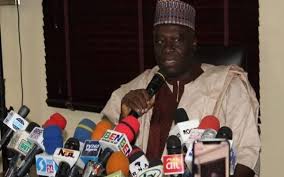 The National Broadcasting Commission (NBC) on Monday sanctioned three major broadcast stations over their “unprofessional coverage” of the EndSARS protests and the violent crisis that followed it across the nation.

The acting Director-General of the NBC, Prof. Armstrong Idachaba, announced this at a news conference in Abuja on Monday.

The regulator accused the stations of airing unverified images of alleged shooting at Lekki toll gates.

Idachaba said the stations’ offence was capable of leading to a breakdown of law and order but the option of the fine will serve as a warning to the stations and others.

Nigeria Army Would Not Allow Subversive Elements to Destabilize Nigeria