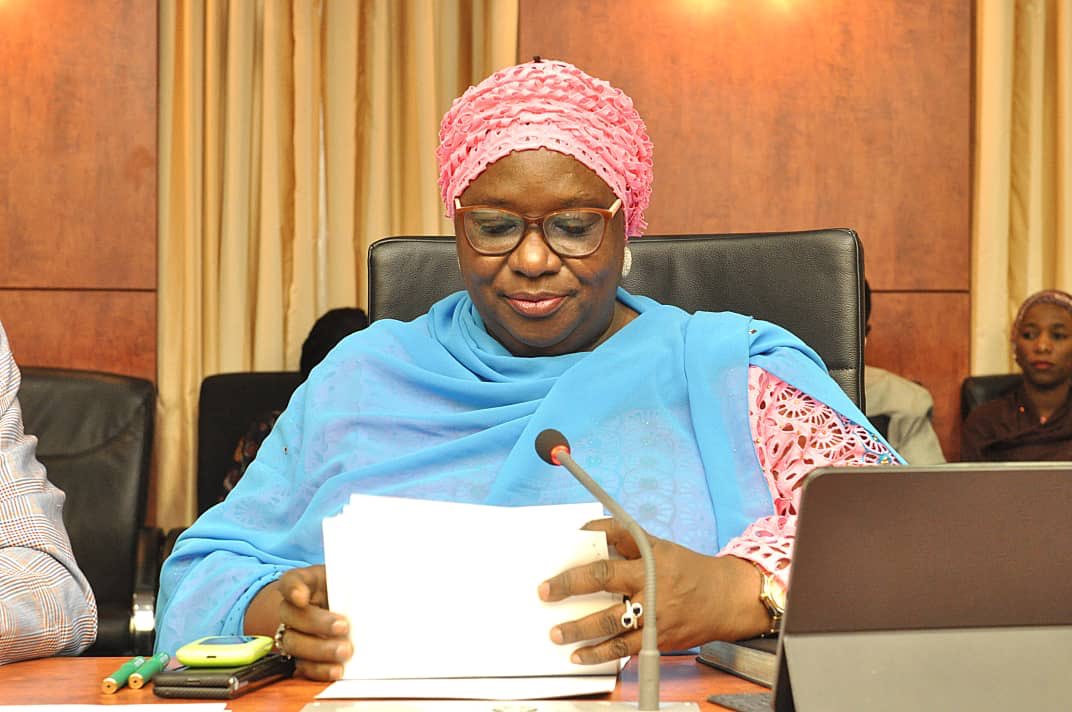 Following the looting and vandalization of public and private properties by some people in different locations within Kaduna on 24th October, 2020, Dr. Hadiza Sabuwa Balarabe, Acting Governor of Kaduna State in a State-wide broadcast addressed citizens on Sunday, 25th October, 2020.

Here is the full Text of broadcast.

My dear people of Kaduna State,

1. I address you today in a difficult moment, caused by the attempts of criminal elements to undermine the law and place lives and property in danger. Brazen acts of looting of public and private property, and the vandalisation of premises occurred yesterday, the 24th day of October 2020 in locations within Chikun and Kaduna South local government areas.

2. To protect lives and property and uphold public order, your government was compelled to impose a 24-hour curfew that was at first limited to the affected communities, and then extended across the state.

3. We commend the vast majority of the people of Kaduna State for being law-abiding and for not allowing criminal actions in their communities. We regret the inconvenience that this statewide curfew might have caused for such persons. The curfew is a difficult but necessary step for containing the violence and preventing it from infecting peaceful communities. I wish to assure our people that we will keep reviewing the security situation while doing our utmost to protect citizens and their property. I appeal to all residents to comply with the curfew and help us accelerate a return to the normalcy that decent citizens deserve.

4. Today, we have inspected many of the locations where criminal actions of looting and vandalisation occurred. We have offered our sympathies to the persons whose homes and businesses were affected. Much of the looted property is a threat to public health, including the expired and dangerous drugs that were taken from NAFDAC and the 8000 tons of chemically treated soybeans stolen from a private feed processing company.

5. We have met community leaders and made it clear that what happened yesterday will not be tolerated. There can be no excuses for the crimes we have witnessed. The state is obliged to find and prosecute those involved in the criminal actions that unfolded yesterday. For the sake of every law-abiding and hardworking citizen, we cannot indulge those who think they are exempted from the obligation to respect the law and the right of others to their lives and property. Those who instigated these actions and who sadly persist in incitement should also expect to hear from the law.

6. There can be no other word but theft for describing the looting of food items donated by CACOVID. These items were kindly provided to all the 36 states by the generosity of a private sector coalition. The CACOVID donations were not hoarded by the government or any of its officials. Rather, the government was ready to commence distribution in all the local government areas, after taking pains to arrange a fair and efficient system.

7. Kaduna State received the last delivery of CACOVID items after lifting the lockdown, at a time when the state’s Covid-19 figures were rising. The government considered the real possibility that a second lockdown might be required. Therefore, it weighed the prospect of using these donations to mitigate the lockdown were such to happen. The government did not wish to rely again on donations by public servants in Kaduna State that had funded the first two rounds of palliatives distributed in the state.

8. However, the government subsequently decided to distribute the CACOVID items to vulnerable citizens, using the lessons from the distribution of the items purchased by the state government during the lockdown. One of these lessons is about better targeting of beneficiaries in order to ensure fair spread across local governments. The local government coordinators and ward committees were tasked with identifying vulnerable persons in areas where the Social Register data was unavailable.

9. Recall that the state had purchased and distributed palliatives in two phases across the 23 local government areas. However, new guidelines were included for CACOVID distribution at ward level to help ensure a fair spread and ease the movement of beneficiaries to pick the items. The items are bulky and its easier and cheaper for them to pick up at the ward level rather than centralized locations in the LGA.

10. Arrangements for distributing the items had been concluded, such that each beneficiary knew where they would be receiving their items as supervised by ward committees who in many instances do not personally know the beneficiaries.

11. We have gone to these lengths to explain how we have been handling CACOVID donations as part of our duty of political responsiveness. The items looted do not belong to the persons that stole them. They were meant to support the most vulnerable in our midst. Mob action cannot replace the methodical steps taken to identify these persons and arrange for them to safely receive the items.

12. I wish to thank the security agencies for their hard work in averting a spiral of violence and for arresting some of the persons involved in looting. I call on all the people of Kaduna State to uphold law and order, and to cooperate with the security agencies as they enforce the curfew. We call on citizens to remain vigilant as security reports indicate that persons desperate for bloodshed and anarchy continue to seek avenues to shatter the state, using rumours, fake news and incitement. We call on traditional rulers, community and religious leaders to assist security agencies to fish out the criminals involved in the regrettable spate of looting. We acknowledge the citizens who have been active in verifying information and combatting fake news.

13. In spite of the difficulties and challenges of this moment, let us all continue to uphold peace and harmony and obey the law. I pray God to bless everyone.