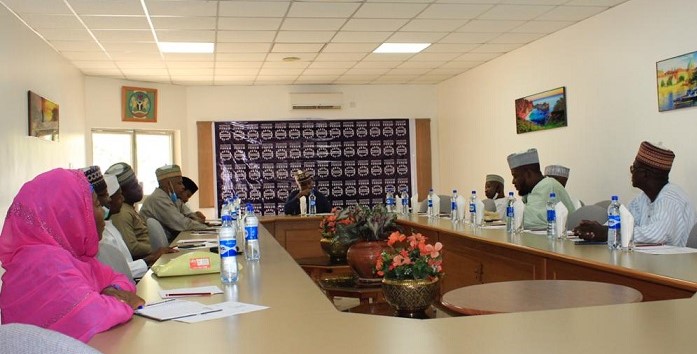 A Coalition of Civil Society Organizations under the auspices of Non-State Actors Consultative Forum (NOSACOF) has offered suggestions that could checkmate violent protests in Nigeria.

The heads of the organizations of the coalition in a statement tagged “EndSARS; Time to Separate Good from Evil,” signed and issued to Stallion Times acknowledges the fact that the idea behind legitimate protest is to create a means for the people in the society to express their support or displeasure about events or happenings around them in order to get the attention of people responsible.

Public protest is deeply rooted in democracies all around over the world, and the right for peaceful protest have been covered by the Nigerian Constitution and International Covenant on Civil and Political Rights of which Nigeria is a state party. As such Nigerians have every right to protest against police brutality without been maltreated, threatened or shot at, it added.

It further said: “The distrust and lack of caution on the part of the protestors have created a perfect environment for anarchists, hoodlums and miscreants to perpetrate all sorts of lawlessness and crime against peace loving Nigerians and the Nigerian state at large”.

“The impact of this lawlessness will be devastating on an already ailing economy and will also worsens the fragile security situation in the country as hoodlums have taste the power they can wield during such times”.

“As non-state actors, we believe that protest of such nature needs leadership or representatives on the part of the protestors because almost every successful struggle ends up at the negotiation table”.

“The lack of leadership contributes greatly to the inability of the protestors to strategize or suspend the protest after hoodlums hijacked the protest and start committing crimes.”

The coalition also frowned at fake news making rounds about the endSARS protests and urged government to intensify efforts in sensitizing the public against creating sharing of fake news or sharing it because of its intended and unintended consequences.

According to the statement, recent evidences coming out from the social media shows how peddlers of fake news are using this opportunity to peddle fake news by sharing unrelated pictures and statements that are capable of causing ethnic strife among Nigerian ethnicities.

If this is allowed to thrive, it can cause a major civil unrest.

Actions by such peddlers strengthened the believe that some local and international players are using this opportunity to cause damage to Nigeria’s unity.

The suggestions proffered by NOSACOF

1. We call on the government to sensitize citizens against sharing of fake news, and the need for citizens to understand how great a disservice such actions are to our dear country. The Nigerian Government should put in measures to fight against the spread of fake news while respecting the freedom of speech of citizens;

2. The police welfare program should be unbundled to clearly illustrate the nature of reform the government is putting as this will go a long way in encouraging police officers to carry out their responsibilities with greater efficiency;

3. Set up a technical monitoring committee consisting of the civil society, media and other relevant stakeholders to monitor the implementation process of the intended police reform program;

4. Community policing should be strengthened while security agents tasked with special security responsibilities such as SWAT and state-based units should be properly monitored to put their possible excesses under check;

5. Government should strengthen its fight against corruption by revamping the institutions responsible for checking and fighting corruption to ensure maximum transparency and judicious use of public resources to benefit the grieving youth;

6. Government should make all of its special intervention programs such as N-power, microloans for MSMEs and the like accessible to all citizens, and ensure that job recruitment exercises are open, transparent and not hijacked by politicians and associates of power;

8. Government should swiftly heed to northern youth’s call for an end to insecurity in the region by taking practical actions that should involve the immediate deployment of special security operatives in the region’s most hostile areas;

9. Government should immediately fish out those who infiltrated the #ENDSARS movement and created a dangerous security breakdown that led to loss of lives and destruction of properties in different parts of the country and punish them accordingly;

10. Deployment of technology in governance is absolutely fundamental in promoting governance transparency and accountability, and monitoring of crimes/excesses of police;

11. If government were to compensate those who incurred damages as a result of the protests, northern business people who have also lost their wealth to the protest in southern parts should equally and fairly be compensated as well

12. Government should expedite its negotiations with ASUU and ASUP in order to bring an end to their industrial actions as this will help take young people off the streets and thus, wind down the spread of the protests across the country; and

13. Youth should be guided by the civil society to have a strategic agenda for development that can be presented and pursued even without resorting to protests.

This is a good move. Kudos