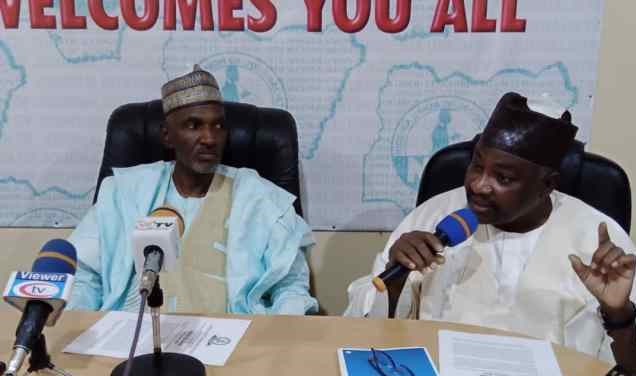 The Inter-Party Advisory Council (IPAC) Bauchi State chapter has faulted the conduct of the just concluded Local Government elctions in the State describing it as a sham.

IPAC therefore called on Governor Bala Mohammed Abdulkadir of Bauchi State to as a matter of urgency dissolve and declare all the seats of newly sworn in Local Government Chairmen/Councillors vacant.

The call was made 22 October, 2020 during a press briefing at the NUJ Secretariat by IPAC Chairman, Alhaji Usman Isa.

“If this impunity is allowed, it will be like sacrificing our hard-earned democracy on the alter of mediocrity which will pave way for anarchy, God forbid”, he added.

“IPAC is hereby disassociating itself from all the manufactured election results that were declared on Saturday 17th October 2020 in Bauchi State because they were not the product of our democracy”, he said.

“Candidates of APC and other political parties who won the elections by the available results from polling units were not declared as winners, the PDP candidates who lost in almost every ward and local government were rather returned as winners which is unacceptable”.

The Chairman demands that Bauchi State Government refund all the official fees paid to the commission by other parties’ candidate including campaign auxiliary expenditure incurred in the election process.

IPAC demands the immediate dissolution of present members of the Bauchi State Independent Electoral Commission (BASIEC) to be replaced with technocrats and nominees from all the political parties with offices in the state.

The IPAC Chairman urged Bauchi State Governor to conduct a fresh free and and fair local government election in which all political parties will be given a level playing ground to allow for a sound democratic process.