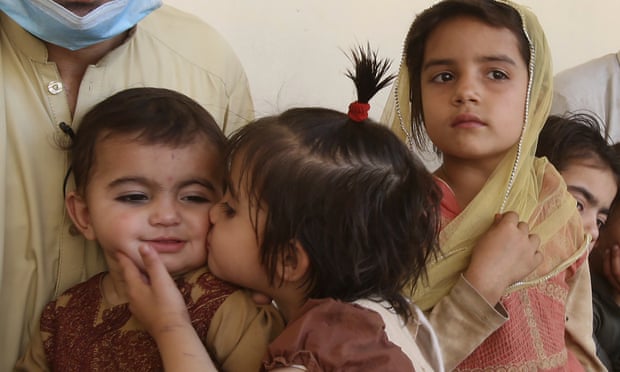 Scientists have developed a new tool to predict the chances of a person developing tuberculosis, which could help limit the spread of the disease and improve the life chances of millions of people.

Researchers at University College London (UCL) said they believe they have produced an algorithm that could help eliminate the disease in some countries.

Country surveys gathered data from tens of thousands of people, including information on age, exposure to TB, whether an individual’s immune system is compromised and whether they are a migrant.

Scientists at the Institute of Global Health say this is the first time that patient histories have been used to predict risk of developing active TB, which should help doctors determine what treatment to offer.

Although most patients with active TB seek treatment from doctors, the algorithm is aimed at those who are infected with the bacteria at its latent stage when it does not yet cause illness.

The study authors found that, from looking at data from more than 80,000 people, 16% of children who had latent TB infection and recent contact with someone with TB were at risk of developing active TB within five years of being tested. In adults with latent infection, the risk was around 5% for people with contact with others with TB, migrants from high transmission areas and people with compromised immunities.

The findings also show that the risk of developing TB declines significantly over time and most cases of active TB are likely to develop within the first two years of latent infection.

“If we can identify people at highest risk of TB disease, we can treat their infection with preventive antibiotics, before they become unwell,” said Dr Rishi Gupta, author of the paper.

“Current tests to predict who will develop active TB are not very accurate. The risk of becoming unwell with TB among people with a positive test also depends on many factors – our study highlights the fact that young children, people recently exposed to TB and individuals with ‘higher’ positive test results have a significantly higher risk of developing TB disease.”

Around 10 million people are infected with TB every year, according to the World Health Organization, but many cases go undetected. This increases the chance of spreading the disease, which is transmitted through the air.

People are infected when they inhale even a small number of germs, which the body’s immune system can keep in check for years until the infection becomes active. Around a quarter of the world’s population have latent TB, according to the WHO.

The UCL institute’s director, Prof Ibrahim Abubakar, said the new tool is “important because it allows us to give preventive treatment to people who are most likely to benefit and to avoid unnecessary treatment for people who are at very low risk. This takes us a step forward to be more precise.”

He said that previously doctors have only had “a blunt tool” of testing for exposure to the bacteria and prescribing antibiotics, which can cause other health problems if given to someone who is not at risk of developing active TB.

“If a person presents in rural Norfolk … a GP seeing them with a cough and weight loss will not think of TB because in their whole career they’ve never seen a case,” he said. “This tool adds to our armoury.”

Their study, published in the Nature Medicine journal this week, was based on data from Europe, the US and Australia – low-transmission countries where they hope to help eliminate the disease.

Abubakar said fighting TB in countries with high case numbers is more difficult because people can be reinfected after treatment. But as numbers decline, a similar model could help to eliminate the illness, which is especially high among refugees and migrants.

The tool, he said, assesses risk according to a range of factors, including age, exposure and whether an individual’s immune system is compromised.