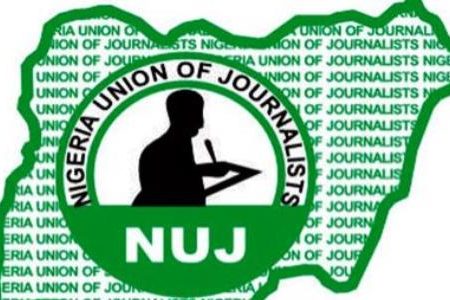 The Nigeria Union of Journalists (NUJ) has strongly condemned the latest attack by unknown persons on Television Continental (TVC) in Lagos and other media houses and demand an immediate investigation into circumstances that led to the burning down of the station.

‘’The impunity against journalists and media generally is alarming and worrisome. The assault against the free press is most evident in countries where there are dictatorships and authoritarian governments.’’

‘’Sadly, we are witnessing these attacks being targeted against media houses and journalists in Nigeria with lives of Reporters being daily endangered and continue to be as they cover the #EndSARS protests and other flashpoints,’’ Leman added.

‘’While there is no way of knowing the motivation of every single attack against the media, we worry why Government is not showing support and concern for the safety and security of media personnel and equipment.

The Union calls on journalists to note that self-preservation, and staying alive should always be the first safety code. No assignment is worthy of the life of a media worker. Journalists should always evaluate the physical and mental demands of assignments, especially in crises or conflict situations, before embarking on them.

According to the statement, these acts of recklessness on the media are barbaric, cannot be justified and must be curtailed immediately.