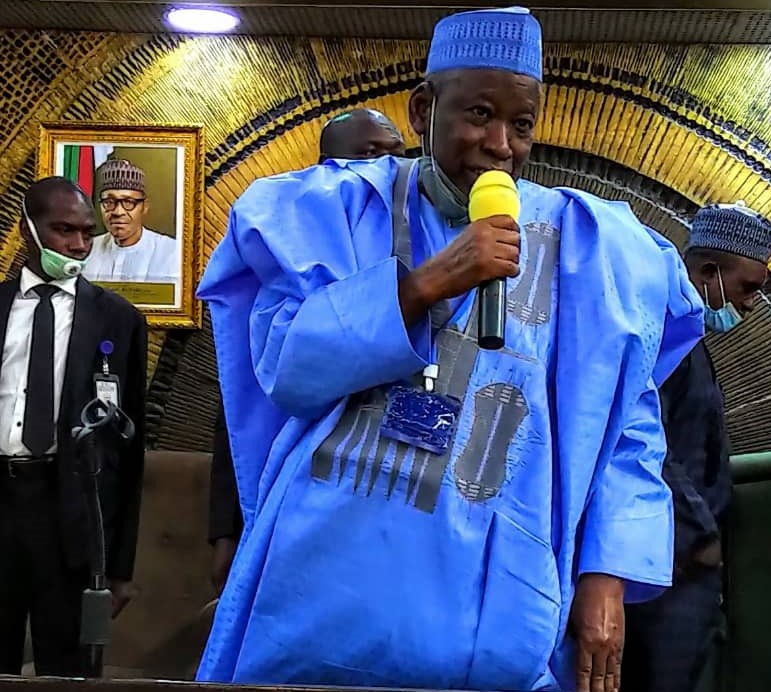 Determined to ensure that relative peace being enjoyed is maintained, Governor Abdullahi Umar Ganduje of Kano state has inaugurated a 17-member Peace Committee.

The state commissioner for Information, Malam Muhammad Garba announced this in a statement issued in the wake of the End SARS protests that was hijacked by hoodlums with the aim to cause mayhem in the state.

Addressing members of the committee at the Africa House, Government House, Kano, Governor Ganduje charged the committee to convene Ethnic Community Meeting with a view to assuming collective responsibility for measures that promote peaceful co-existence.

He also tasked the committee to work on appropriate peace-building mechanisms for the sustainability of various peace efforts by the government and security agencies.

Ganduje, who described the incident as most unfortunate, urged the committee members to educate youth in their midst on the importance of peace and been law abiding

The governor said that his administration has instituted various measures to safeguard life and property of people in the state.

Similar meeting was held with Imams, the Ulamas and members of the business community.

Stalliontimes, thanks for prompt response and authentic News