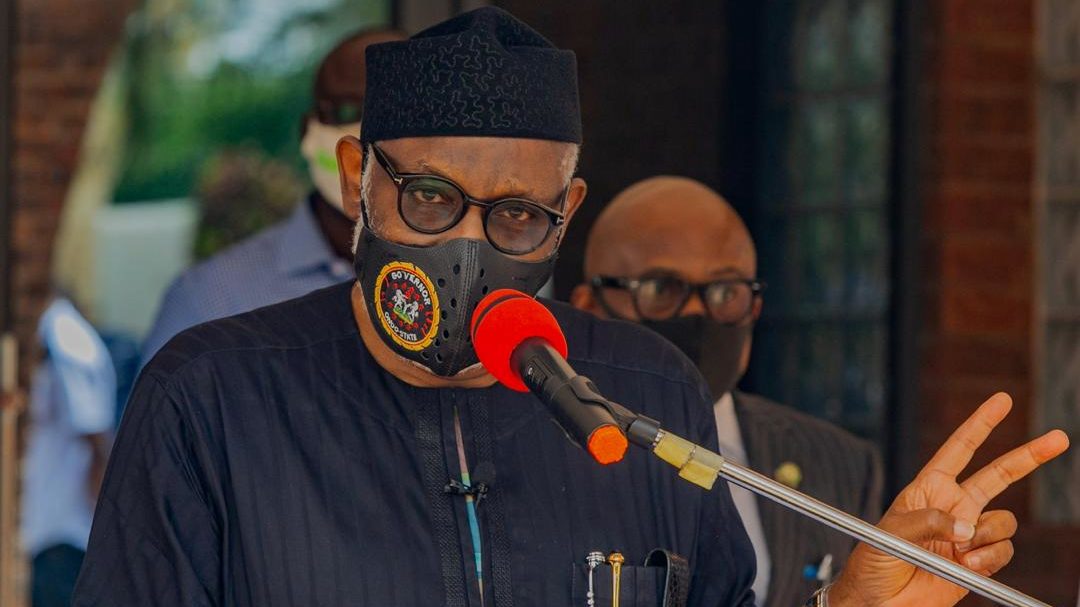 Following the reports of the violent trend of #Endsars protests emanating from neighboring states in the Southwest, Ondo State Governor, Arakunrin Oluwarotimi Akeredolu SAN, has directed that there should be 24 hours curfew in the state till further notice.

Governor Akeredolu said that certain elements have hijacked the agitation originally meant to correct the manifest wrongs for which the operatives of the defunct SARS were accused.

The Governor made this known during a special broadcast to address the people of the state on the nationwide protests organized by the youths on alleged police brutality by officers and men of the Federal Anti-Robbery Squad (FSARS).

Governor Akeredolu who noted that the State has not experienced any ugly trend of the #Endsars, expressed confidence that the good people of the state will continue to display the same level of patriotism as the problem is not local.

He decried the attack of Correctional Centres where criminals and inmates were set free in other state, adding that it portends grave consequences for the country.

“Some Police Stations have been burnt and arms and ammunition carted away. Some lives have been lost and property destroyed. The implications of this for the health of the society can better be imagined.” Governor Akeredolu added.

The Governor urged the people of the state to stand against all acts which depict the people as barbaric and destructive.

He said:” We must all resist the temptations to join the bandwagon of directionless and unpatriotic Nigerians. The Government is looking seriously into all these issues with a view to resolving them and giving our youths confidence.

“This Administration has the obligation to protect all citizens including the youths. It will not shirk its responsibility in this regard. “

According to the Governor, all parents and guardians are advised to ensure that their wards are kept in their homes.

“All bars, banks, shops, petrol stations, shopping malls, markets, motor parks and all public spaces are to comply with this directive forthwith except those on essentials services will be permitted to be on the road. Security agencies have been directed to ensure compliance. “Governor Akeredolu declared.

While commending the protesting youths, Governor Akeredolu said the nature of articulation of issues concerning the grievances has offered relief for the society, especially as it grapples with social development with strict regard to the youths.

He noted that the Government is not unmindful of the current frustration, saying he empathised with the youths for the untoward experiences, which has been the focus of the unrest.

“We offer our unreserved apologies for the seeming lapses which have contributed, largely, to the current misunderstanding. It is our fervent hope that the State will come out stronger from this experience.” The Governor stressed.