Menu
Home Health Covid-19: The Challenge of Sustaining the war Against Child Malnutrition in Jigawa
Health

Covid-19: The Challenge of Sustaining the war Against Child Malnutrition in Jigawa 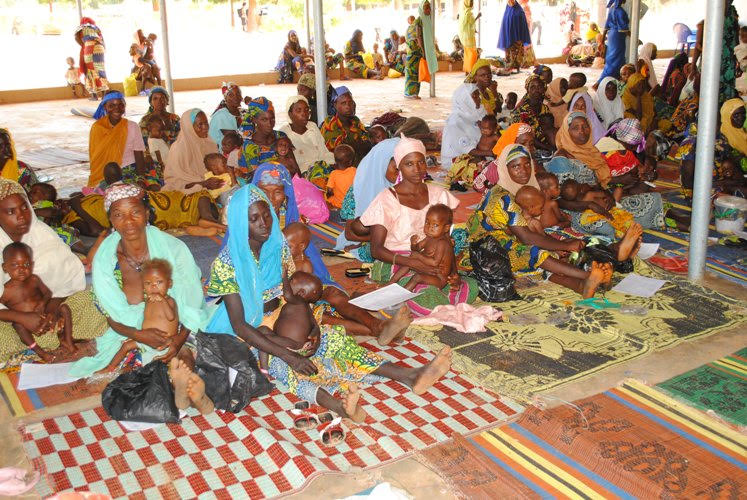 Jigawa state is one of the states in Nigeria with high stunting rate of acute child malnutrition and all other related problems. And successive government in the state in collaboration with donor agency, community group and civil societies organizations have been working to change the narration since 2009.

The recent report released by SMART, MIX and NDHS has shown progress on war against child malnutrition in Jigawa state but the noble Coronavirus pandemic is threatening to change the narrative of the little success recorded.

The report was very exciting and encouraging to government, Communities, UNICEF, Action Against Hunger, JICON, JIMAF, all other champions and stakeholders in the struggle to tackle the persistent challenge of malnutrition that is almost defying solutions.

It shows a positive response to the billions of Naira, energy and other resources channelled to the fight against child malnutrition in the state even though the result fall below expectation.

The noble Covid-19 pandemic posed a threat to nip-in-buds the success by aggravating the fragile nutrition condition in the state.

Covid-19 and subsequent lockdown imposed to checkmate the outbreak of the pandemic has consequently interrupted the chain of food supply in the state and made it very difficult for less privilege families to get affordable, enough and qualitative food for their children.

The pandemic however breakdown the public healthcare services as health workers were afraid to get in contact with patients including children suffering from malnutrition, while the designated Community Management Acute Malnutrition Centres operates in skeleton.

In a midst of these challenges against child nutrition the state government was reported on 16th June 2020 to have released the sum of N90 million to support the two maim components of child malnutrition intervention includes; Specific, which involves curative measures and Sensitive, that works around preventive measures.

According to the Jigawa State Nutrition Officer, Malam Saidu Umar, the state government had on 16th June released the sum of N80 million Naira to the United Nations Children Funds (UNICEF) as a counter part funding for the purchase of Ready to- Use Therapeutic Food (RUTF) used for the treatment of acute severe malnutrition.

Mr Saidu added that, N10 million Naira was also released for the take- off of Masaki project designed to promote Infants and Young Child Nutrition as a preventive measure against child malnutrition.

On 10th July 2020 the State Primary Healthcare Board flagged -off Masaki Project in 150 communities across 30 constituency in the state, under which 10 women were trained and given manual for enlighten other women on exclusive breast feeding, how to use local available food to prefer balance diet for children and pregnant women.

Worried by the deteriorating condition of child nutrition under Covid-19 pandemic the Jigawa Coalition of Civil Society for Nutrition (JICON) called on the state government to ensure full compliance and implementation of the state Nutrition and social security Policy for everlasting solution to the persistent Malnutrition problem in the state.

According to the document, social protection policy will promote social equality, economic growth, reduction of poverty profile of the population and access to basic social services particularly education and health.

Under the policy poor and vulnerable families, aged and people with disability will enjoys special health care package, income security at least above poverty through transfer in cash and kind. Empowerment, micro and small entrepreneur would be supported for job creation and self reliant.

For the Nutrition policy, it would provide mechanism and framework for ensuring optimal nutrition in the first 1,000 of life. Improve Nutrition care of adolescent girls, pregnant women and lactating women.

The malnutrition crisis in Jigawa state is not cause by absence of food but it emanated from public ignorance on correct food for children, poor personal or environmental hygiene and poverty.

Masaki project is a very good approaches that can bridge the gap in public knowledge about pregnant woman infant and young child feedings., but the implementation and coverage appears to have limitation.

In less than two month the Masaki project conducted food demonstration at all 150 selected communities which was attended by over 15,000 women.

We also organized meeting with households on the need to support women in using the new techniques of preparing balance diet with local available food, she added.

In some Local Government Areas (LGAs)there were success stories while in some local government the story of Massaki Project can be best described as “death on arrival” because the council chairmen refused to redeem their signed commitment to suppor the program with 250,000 Monthly.

In Ringim LGA, the program was conducted in the first month of August while there are no reports for the month of September and August.

In Maigatari LGA, the story of Masaki is encouraging, in the month of August those attended to were 216 Pregnant mothers, Nursing mothers with 6month old babies, 157 nursing mothers, 236 babies of between 6 to 23 months-old and 98 Women of child bearing age.

In the month of September, a total number of 1,246 attended the food demonstration and other lectures for personal and environment health conducted under Masaki program.

In Guri LGA, a total of total of 3,398 women participated in the month of August while the report for September is not available.

According to investigation, in some LGAs, health workers contributed money for the program while some participants were requested to rise fund for the purchase of food items and other materials needed for the program.

The allowances for the volunteers have not been paid for almost three months after the commencement of the program.

According to the report gathered in the month of August, the program had recorded a significant success but suffered setback in the subsequently month, the program was not carried out in more than half of the selected communities for no reason than lack of fund.

The Masaki project (IYCF) was rollout in 150 communities only while the state has over 12,000 community under health cluster.

For the state to achieve its target on reducing stunting rate with 25% by 2025 it must look inward and channels more resources to IYCF for expanding the coverage of the program to all 12,000 communities in the state.

A marching order should be given to local government council chairmen to stop showing lackadaisical attitudes in supporting nutrition programs.

Also, the state must expedite action in the interpretation and implementation of its Social Security and Nutrition policy documents.

Masaki program is for prevention of malnutrition and Prevention is better than cure.  May God save our children.