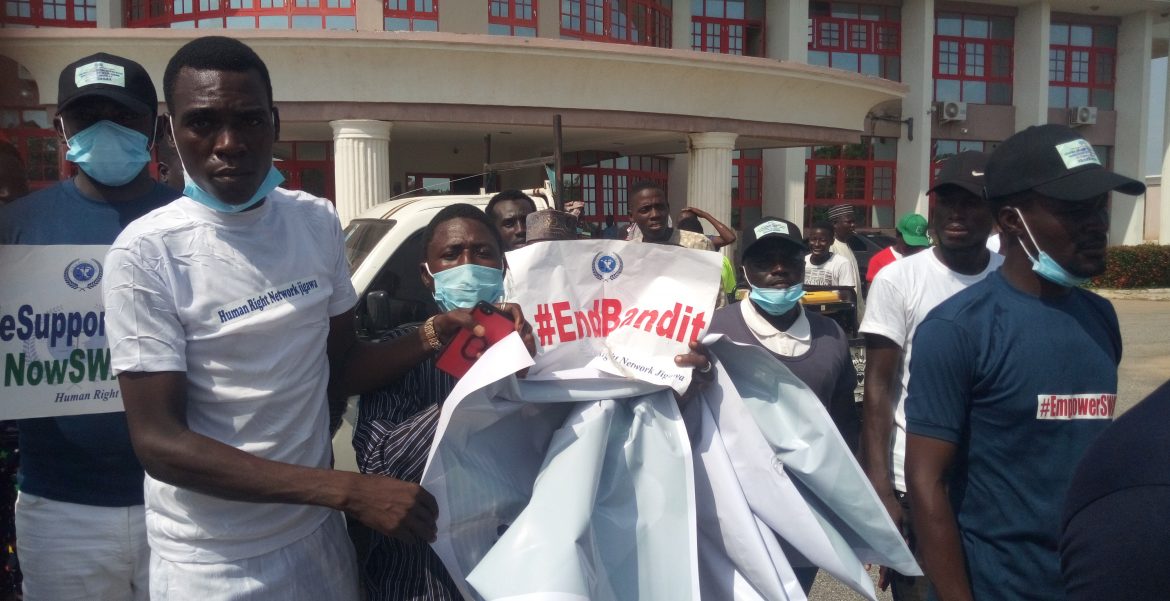 Hundred of youth staged demonstration in Dutse capital of Jigawa State to expressed their dismay over the design of Inspector General of Police (IGP) to disband the Special Anti Robbery Squad (SARS).

The demonstrators who went round the state capital chanted different slogans and also carried cards and banners expressing their support to Nigerian Police effort in tackling crimes in the state.

The Pro- SARS/SWAT rally was organized by Human Right Network and attended by thousands of members of other community organisations and civil societies from 27 local government area of the state.

In a press statement issued during the rally which was signed by Comrades Musbahu Basirka State Coordinator of Human Right Network Jigawa State Chapter, registered their dismay over the decision taken by IGP to dismantled the SARS without considering their huge success in tackling crimes.

“We as Human Right Activist that champion protection of human right acknowledges the effective role played by SARS in rippling out criminality, promoting peace and stability in Jigawa state”.

“It is in record that, with the hardworking and determination of SARS and other security formation made Jigawa state to became one of the most peaceful state in the federation”.

The demonstrators however commended the Nigerian Police on their sacrifice and effort in protecting life and properties in the state adding that no amount of smearing campaign and blackmails by criminals can dashed their good work.