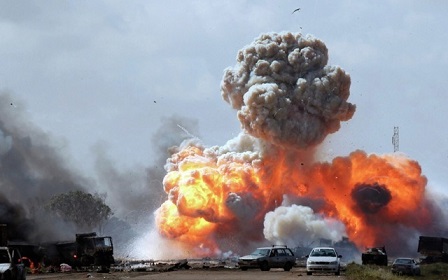 The International Day for Disaster Risk Reduction started in 1989 after a call by the United Nations General Assembly (UNGA) for a day to promote a global culture of risk-awareness and disaster reduction.

The event is held every 13th October to celebrate how people and communities around the world are reducing their exposure to disasters and raising awareness about the importance of reining in the risks that they face.

This year’s theme is “Disaster Risk Governance,” it can be measured in lives saved, reduced numbers of disaster-affected people and reduced economic losses.

Covid-19 and the climate emergency need clear vision, plans and competent, empowered institutions acting on scientific evidence for a common good of the public.

Addressing newsmen, the Executive Secretary, SEMA, Dr Saleh Aliyu Jili said this year’s theme is about conveying the message that many disasters can be avoided or prevented if disaster risk reduction strategies are put in place to reduce the existing level of risk and avoid creation of new risks.

“What this means is good disaster risk governance,” he added.

He reeled out the statistics of the effects of disaster this year across the 44 local government areas of the state.

He said available records revealed that over 30,356 houses were completely destroyed in the local government areas so far assessed, similarly windstorm and ice storms disasters have destroyed 9,127 farmlands. We also recorded 2,177 fire outbreaks within the 2020.

Dr Jilli explicitly stated that the state government through SEMA had embarked on aggressive sensitization on disaster prevention, such as indiscriminate bush burning, dumping refuse in drainage, construction of standard drainages, trim trees before rainfall and encouraging communities to revive self-activities.

He assured that victims of the recent flood in Kano that the state government will do everything humanly possible to device a means if cushioning the debilitating effects, the disaster had caused them.

“When all these are recorded, then you know there is solid risk management structure in place,” he added.

“Side by side with vision are plans the government have in place like overall risk reduction plans, disaster preparedness, response plans, recovery plans, rehabilitation plans amongst other gamut plans,” he added.

Mr Nwarie explains that government is supposed to have a team of competent personnel, working together with NGOs and other actors.

He explained that when the government have plans and competent personnel not working on assumptions or speculation but with scientific evidence, then, there is no doubt the achievements will be enormous.

Though some disasters such as fire outbreaks are avoidable, but due to human limitations, it cannot be avoidable, he added.

A government with clear vision, plans and competent personnel should be able to reduce such avoidable disasters to its barest minimum where people will sustain minor injuries and record minimal economic loss.

Alhaji Abdullahi assured that his organization is always prepared to ensure people are sensitized before, or during the occurrence of disaster.

The Red Cross responds and give support in saving life and properties as soon as disaster happens; a thing that is expected of all the partners and experts that specializes in management of disaster globally.

He reckoned that Kano state has a very good disaster forum in place where the stakeholders meet to share experiences and expertise.

#EndSARS: SCPIC Urges IGP to Set up a New Outfit with Advisory Committee

Oladayo Olaide: Hearty Cheers to a Comrade who Stayed in Touch