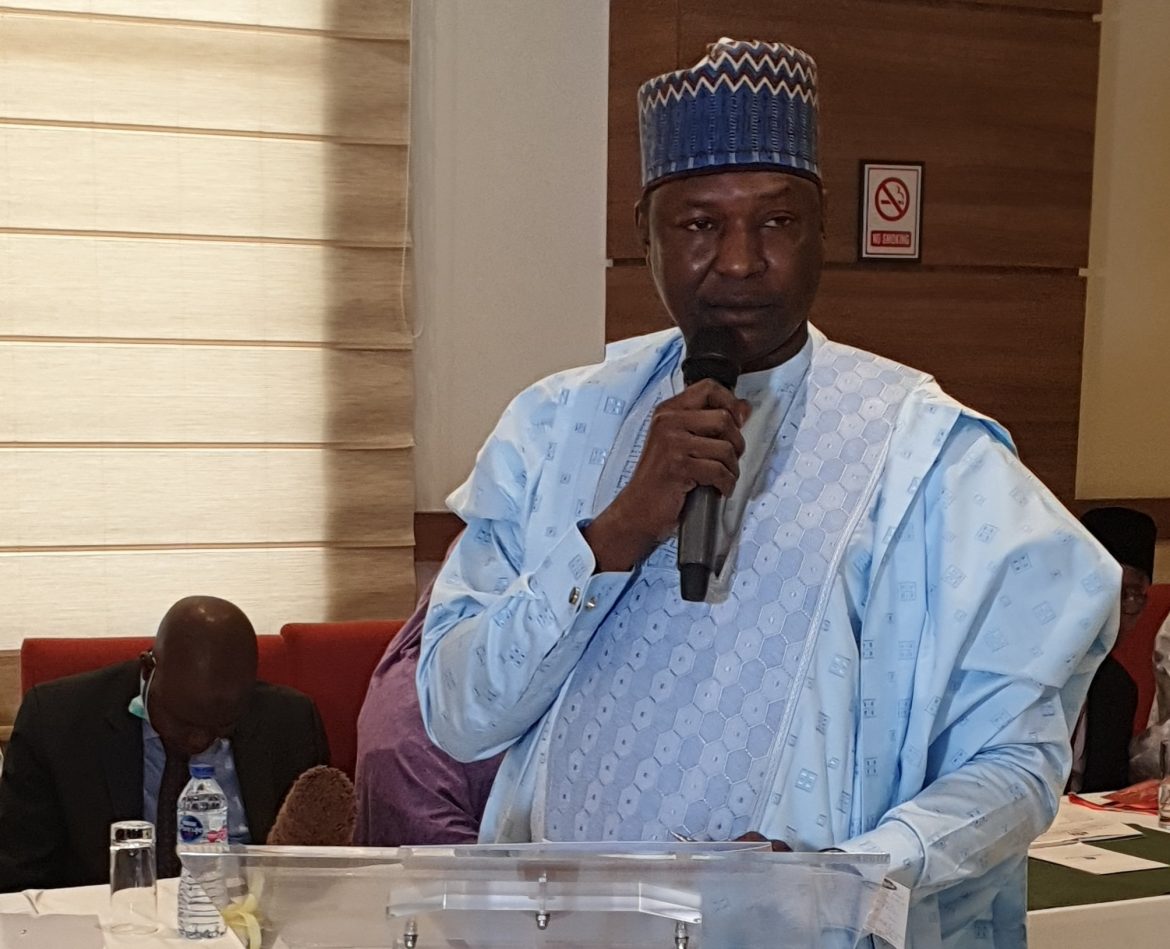 Legal Aid Council on Monday hold its two-day retreat with the theme “The Role of the Governing Board in Corporate Governance: Providing Strategic Direction Towards Achieving the Mandate of the Legal Aid Council”.

In declaring the retreat open, the Chairman, Governing Board, Alhaji Suraj Saee’da (SAN) expressed his happiness for having the AGF in attendance, in what he described as very “pleasing”, ruling that Kano Chapter of the NBA had greatly missed the AGF.

Alhaji Sae’eda revealed that Kano state has more than 1000 years unbroken history of public service and rule of law.

He advised that access to justice, ethical and active defense and corporate governance to be a part of the session in the course of the strategic retreat.

In his keynote address, AGF and Hon. Minister of justice, Mallam Abubakar Malami declared that he was proud of Kano State, assuring that he shall continue to remain grateful and supportive to the state both in service and spirit.

“My Lord, let me state with all sense of responsibility state that my elevation to the position of the Senior Advocate of Nigeria was in deed the product of your support”, he appreciated.

He expressed his delight in addressing the people he described as “legal icons”, on the occasion of the governing body’s retreat.

He remarked that that the retreat aims at bringing the governing board members to speed on those core values, responsibilities and limitations of the governing board in corporate governance aimed at providing directions towards achieving the mandate of the legal aid council.

Hon. Malami maintained that the role of the governing board is to drive general policy formulation for implementation of the management team of the board’s council.

“Let me emphasize here that the role of the governing council is to drive general policy formulation for implementation by the board”, he added.

Board members must be conversant with the Section 23, Sub Section 1 to 5 of the act which provides certain areas the governing board may make certain formulation that will benefit the legal process in general, he concludes.

Oladayo Olaide: Hearty Cheers to a Comrade who Stayed in Touch