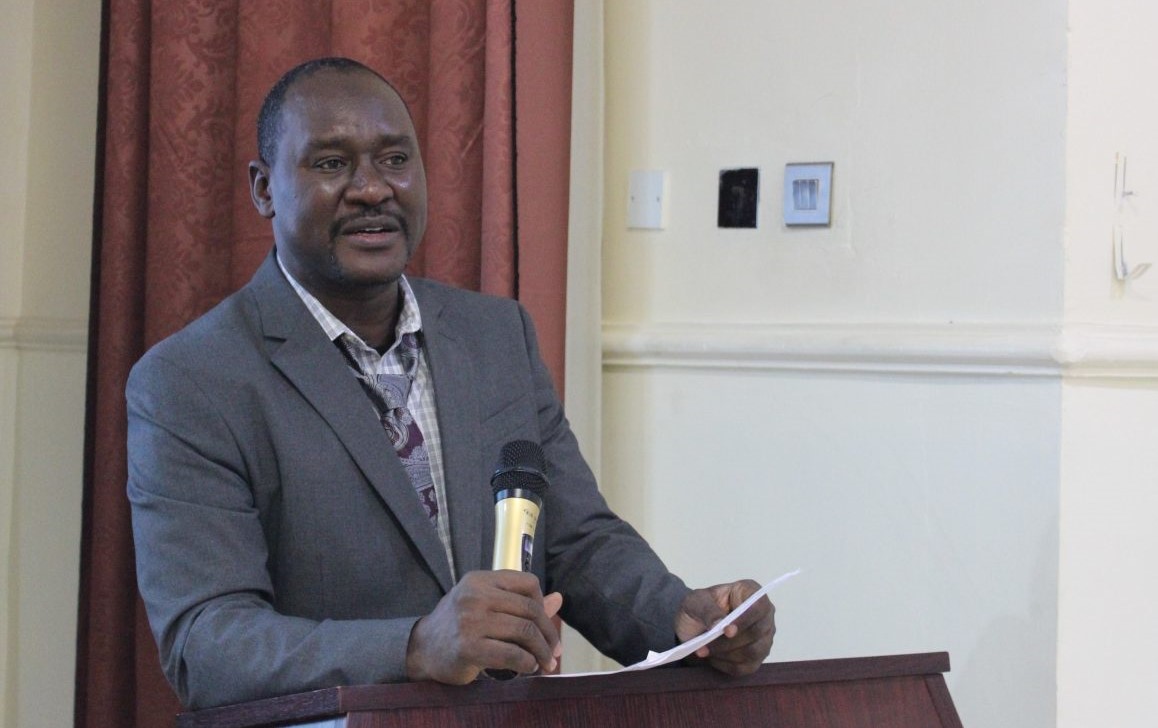 The Civil Society Legislative Advocacy Centre (CISLAC) will like to use this medium to weigh in on some developments related to the Nigerian Police. Recent happenings have informed the need for this and we would like to state our position. Effective judicial and quasi-judicial institutions not only serve as a check on political power but also prevent or mitigate conflicts that might arise from inevitable competing societal interests such as we have experienced between the Police Service Commission (PSC) and the management team of the Nigerian Police Force.

This was contained in a statement by CISLAC Executive Director, Auwal Ibrahim Musa (Rafsanjani) and made available to Stallion Times Monday, 12th October, 2020.

Justice institutions and the criminal justice system, thus, form an integral part of the security sector and an indirect beneficiary of section 14B of the 1999 Constitution of the Federal Republic of Nigeria (as amended), he added.

CISLAC is monitoring events surrounding the powers of the Inspector General of Police (IGP) to recruit 10,000 constables. We are fully aware that a notice of appeal has been filed by the IG at the Supreme Court. While we acknowledge that the statutory powers to make final judgments rests at the apex court and trust that the court would uphold the rule of law in dispensing justice, we find it imperative to intervene in the matter in the interest of Nigerians and Nigeria at large.

We understand that the decision of the Court of Appeal to nullify the recruitment by the Inspector General of Police was based on constitutional provisions which grants the Police Service Commission (PSC) powers to appoint, promote, demote, dismiss and discipline any police officer apart from the IG.

However, we also note that in recruiting the constables, the Police Management Team had relied on Police Act 1967 (No 41) which provides for the organization and administration of the police force to harbour constables and Section 71 of the said Nigeria Police Service Regulations, 1968, which gives the power to enlist constables to the Police Council and the Nigeria Police Force under the control of the IG.

Without prejudice to the ongoing legal interpretation that is before the apex court, we strongly observe that the current legal tussle will bring a lot of disadvantages to the country. Recognizing the fact that we are not in a position or the best authority to interpret the laws, but as a civil society organization who feels concerned about the security and well-being of Nigerians, we decided to intervene in this matter.

While the position of the PSC is that they hold the exclusive right to appoint persons to all offices in the Nigeria Police Force (except the office of the IG) by virtue of the constitution; thereby ousting the IG from exercising such powers. We also note that the recruitment of constables is well within the powers of the IG by virtue of the Police Act 1967 and the Nigeria Police Service Regulations, 1968, which he acted under.

Knowing fully well that it is an established position of law that any piece of law that conflicts with the constitution is null and void (as the Court of Appeal relied on), the question we have to consider here is if there is truly a conflict in the provisions of the laws in question as regards the recruitment of constables; does ‘appointment’ of persons into offices in the Nigeria Police Force as vested on the PSC by the constitution include ‘recruitment’ of constables as conferred on the IG by the Police Act 1967?

Our position is therefore not to establish who is right or wrong in this entire process, but to appeal to all parties to reconsider their grandstanding in the interest of Nigeria and Nigerians.

First, tax payers’ monies are already spent to recruit, train, equip and deploy this large number of personnel before the pronouncement by the court.The first question that readily comes to mind is whether we want to further open the valve of revenue waste in an era where government is clamoring for structural adjustment and plugging revenue leakages and wastage. This might then be a huge missed opportunity if concerned parties refuse to sheath their swords.

Secondly, there is already a tower of insecurity in the country which this recruitment ab initio was set out to curtail. Nigerians are regularly kidnapped and maimed by criminal elements in the country with little response from the police. The regular excuse is that the ratio of police per citizens is weak due to the challenge with manpower. It becomes a clear case of ‘two elephants involved in a thug of war; the grass would largely bear the brunt.’

The IG, as well as the PSC, should kindly consider the plight of Nigerians and make a u-turn on the legal tussle.

Thirdly, Global Terrorism Index has ranked Nigeria worse and we do not want to compound that with our various internal wrangling. This is a time to be more decisive in employing every strategy that can support the ongoing campaign against rural banditry, terrorism, farmer-herder conflict, ungoverned spaces, et al. Additional manpower to the police is one of such strategies and we prevail on both parties to drop personal interest and pursue national interest. We must not be cosmetic about this; all is not well with our internal security architecture.

Recent reports which emerged have shown how those who deserted or have received security training in one way or the other get involved in criminality. Having a prior knowledge of the modus operadi of the security institutions, they clear off aggression from these security institutions since they have received training from the same institution and are a threat to the society. Our fear is that if this situation is allowed to prevail we may have ended up training an army of criminal groups to recruit from, which is not in the best interest of the country.

That an urgent reconciliatory structure be put together by the Presidency and National Assembly to resolve this lingering but dangerous trend that might be a bad template for future reference or an enemy from within.

it  urged the federal government to weigh in to have an amicable impasse between the PSC and the police management team in ensuring that the recruitment of 10,000 constables are not dislodged.

That an infrastructure for effective coordination and communication should be put in place between the PSC and the IG which must serve as an internal grievance mechanism which reduces a situation of seeking redress in court.

That the face-off between the PSC and the Police Management Team should not be personal, thereby leading to the loss of revenue, disenfranchising Nigerians from the first order of the state, which is the security of lives and property because of our inability to manage internally perceived conflict.

That the police, policy and politics are children of the same parent. We request that both parties should not allow politics to be prioritized over the integrity of the policy of internal policing.

While we commend the disbanding of the Federal Special Anti-Robbery Squad (FSARS), we ask that it should not be the end. We call on the Police Management Team to ensure reorientation of the police to comply with Human Rights standards as part of the larger police sector reform.

CISLAC is currently working with the Police Complaints Response Unit to strengthen its effectiveness in the handling and management of unprofessional and unethical conduct, as well as emergency response.

We ask for the immediate investigation and prosecution of all police officers who have been accused of grave human rights violation, such as extra judicial executions, torture and other ill-treatment, as recommended by Amnesty International.

We ask that the welfare of the police and provision of adequate facilities and infrastructure take precedence in the ongoing reform of the police force.

The disbandment is a step in the right direction but it should not be the end. The police will require a complete reform that that will include training and retraining on the protection of civilians, on Human Rights and the Rule of Law.

In conclusion, we would like to state that in pursuit of justice, we must remain resolute in our support and demand for a Police Force whose commitments and efforts are better served in the interest of safety and security of lives and properties of Nigerians.

In order to achieve this, the Police Management Team and the PSC have to work hand-in-hand and ensure mutual cooperation to help solve the current security crisis rocking the nation.