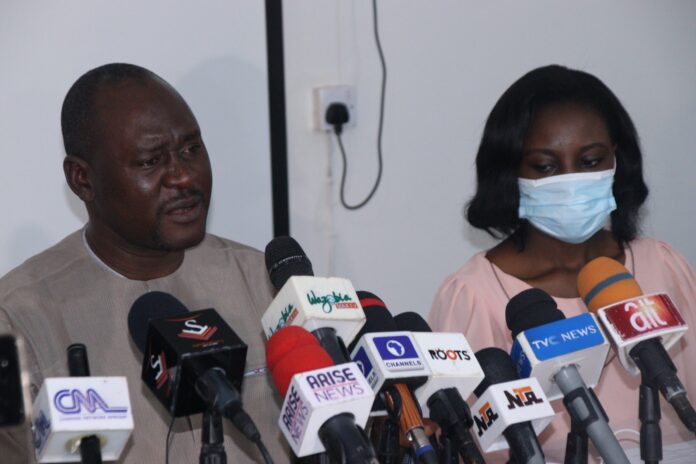 The Executive Director of the Civil Society Legislative Advocacy Centre, CISLAC, Comrade Auwal Musa Rafsanjani, suggests that officers and men of the Nigeria Police need reorientation and more training on how to effectively discharge their duties.

“It is necessary as the protection of lives and properties remains the primary duty of the police,” he added.

Following the disbandment of the Special Anti-Robbery Squad (SARS) of the Nigeria Police Force, Comrade Rafsanjani, while speaking to newsmen in Abuja, described the wanton killing of ‘harmless’ citizens by SARS operatives as worrying and unfortunate for the country.

He said “there is a need to sanction rogue police personnel who kill innocent Nigerians”.

“It is important that we rise to the occasion and condemn in its entirety the brutality, human rights violation and impunity witnessed in the hands of the Nigerian police personnel. We need to ensure accountability and sanctions against police officers involved in unprofessional and illegal activities,” he added.

While commending the efforts of the National Human Rights Commission for bringing together relevant stakeholders in the fight against violation of human rights, Comrade Rafsanjani said “we at CISLAC do not support or promote any form of human right violation, and it is expedient that Nigerian youths are seen as a pivotal part of Nigeria’s developmental project. They should be encouraged to stick together in ensuring the country gets better.”

He maintained that it is imperative that the welfare of police officers is prioritized, to motivate and also boost their morale in tackling criminality in the country.

“There is an urgent need to reform the entire security architecture of the country. That is the only way to go if we must arrest the spate of kidnapping, banditry and other sundry crimes. Equally germane, is the need for the government to properly cater for the welfare of the police and other security agencies,” he added.