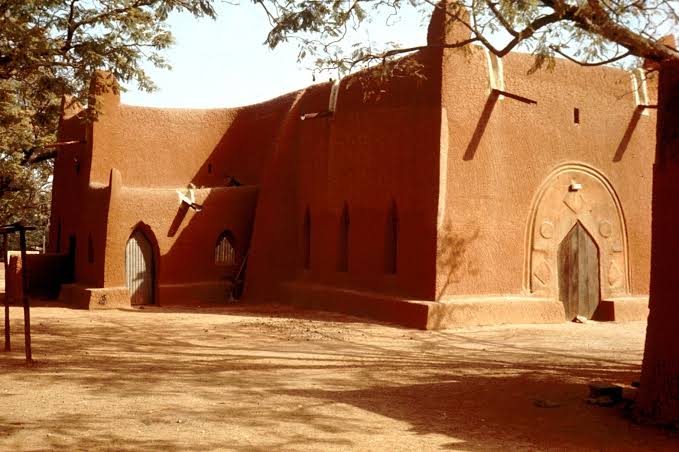 I woke up in the early hours of this beautiful morning reflecting on the rich history of my home parish built in a bygone era at Wusasa in Zaria. Though it is a designated National Monument it has now unfortunately lost most of its pristine beauty. It nevertheless remains an iconic metaphor at an intersection of the Christian faith in a predominantly Muslim environment. It is also major testament in the vicissitudes of the Christian North and a beacon in the need for inter-communal harmony in Nigeria.

Fast forward to when Nigeria arrived at a very precarious crossroads particularly after on October 27, 1999 the Zamfara state government declared full blown Sharia. As several other states in the North started angling to follow suit, the news magazine from the “Lagos-Ibadan axis of the Nigerian press” – TELL in its November 15, 1999 edition reacted with the headline; “Sharia Time Bomb: The New Plot Against Obasanjo.” Now wait a minute! Wasn’t TELL and the rest of the Lagos-Ibadan axis of the Nigerian press including an overwhelming majority of the South West at the vanguard of the opposition to OBJ’s presidency because he was a Northern Muslim lackey?

Dare Babarinsa, then TELL’s executive editor in a lead column, titled, A General at the Threshold, published on April 5, 1999 clearly put it; “It may be inaccurate to judge Obasanjo’s new assignment with performance of the old one, but it is necessary to look at the past. He was the man who purged the army of mostly Southern officers to the extent that today the Nigerian army is mostly the Northern army.” See page 5.

TELL’s edition of 12th June, 2000, is also telling when the same Mr. Babarinsa wrote; “Obasanjo is hailed as the symbol of the new Nigerian democracy. He is the pilot of the Nigerian resorgiment [sic] and a new beginning for Black Africa and the African race… Obasanjo, is at the centre of a national re-awakening.” See page 7

The results of the February 27, 1999, presidential election, makes an interesting case study; “In the six predominantly South West states of Lagos, Ogun, Ondo, Ekiti, Osun and Oyo, Obasanjo got only 1.09 million votes, this is less then the 1.29 million he got in Kaduna State alone, and barely higher than the 0.96 million he got in Katsina State. He lost his deposit by scoring below 25% in five of these six states getting as low as 12% of the votes in Lagos and 16.6% in Ondo”

In office from 1999 to 2007, Baba Iyabo being an army sapper fully deployed religious strategy with military precision which he spearheaded by building a chapel on the premises of the Aso Rock Villa to replicate the mosque built as far back as the military era. Ahead of his declaration for a second term OBJ described the period as “waiting for God to give me the mandate”. Even his alleged third term bid was wrapped in religious innuendo when he described his God “as God of continuity and not of abandoned projects”

How did the political North react? The editorial in Arewa’s flagship of print journalism, Daily Trust edition of June 3, 2003 was typical; “It has become a derigueur every week in public television, for the viewers to be inflicted with the spectacle of a live broadcast of the Sunday service at the Villa chapel, an event which is unprecedented in our national life, ostensibly to showcase how passionately religious our president is”

As any student of power and keen observer of political events would agree under Obasanjo the Muslim North was despondent while the Christian South (and indeed Northern Christians) were exultant. Truth is Arewa was taken aback at certain appointments OBJ made particularly that of the Service chiefs the day he was sworn into office in 1999 and later that of Lady Uzoamaka Nwizu and Da Buba Gyang as Comptroller Generals of Immigration and Customs respectively.

The core North felt short-changed against the background of its massive political support for OBJ in the February 1999 polls and the mass retirement of politically exposed senior military officers. It was against this backdrop PMB’s political trajectory was launched.

“It started in the year 2001 after President Obasanjo summoned a Council of State meeting in the aftermath of the Sharia-inspired sanguinary fury that drenched Kaduna in oceans of blood. Speaking through VP Atiku Abubakar, said the (meeting) had agreed that all Sharia states should revert to the “status quo ante,” basically meaning they should discontinue the implementation of Sharia.

Buhari disputed the accuracy of the rendition. He said Sharia didn’t even come up in the discussions. For being the only person to openly disagree with the Obasanjo government, he began to be called “Mai Gaskiya,” thereafter he became an open advocate of Sharia. Although Buhari himself isn’t a deeply religious person, his open, full-throated but politically motivated (some would say opportunistic) support for Sharia (at a time no other former Nigerian leader of northern Muslim extraction was willing to do so) caused him to be wildly popular among northern masses and the conservative clerical elite of the region.” See details in Why Buhari is wildly popular in the Muslim North by Farooq Kperogi posted on April 15, 2017

How did the esteemed members of the Wusasa parish lose out in the early political dynamics of the North and by extension Nigeria? Sir Bryan Sharwood Smith, in his memoirs has extensively shown how as Governor of the North 1952-1957 he tried to have a more inclusive government; “I had set my heart on convincing them they must come to terms with the inhabitants of the region who were not their coreligionists and that the way to do it was to admit their representatives to a share in the government.

If the region was to have unity the Muslim ministers must admit non-Muslims to their councils as equals and accord them responsibilities equivalent to their own.” See details in Recollections of British Administration in Cameroon and Northern Nigeria: But Always as Friends (1969)

Ambassador Garba in his own memoirs entitled The Time Has Come: Reminiscences and Reflections of a Nigerian Pioneer Diplomat (1989) contextualized that background which still persists to date; “Since religion relates to the totality of man, it has a permanent and pervasive effect on society, permeating, influencing and directing every aspect of life from birth through marriage to death. Hence not to belong to the majority in a society is, ipso facto, to declare oneself a social outcast at the least.

The test of the Christian is how he can detach himself from the norms and traditions as symbolized in the various customs and ceremonies and at the same time belong to that society, and even to be able to play some meaningful role in national affairs. The pressure for social conformity is an all-powerful imperative. In society, anyone that does not conform, is eliminated, or at best, ostracized; ‘Ba namu bane’ – He does not belong to us or he is not one of us.

Fellow Christians, very few in number have succumbed to various temptations. The commonest of failures appear to me to originate from the following sources: 1. The desire for social fulfilment 2. Economic pressures 3. Loneliness; solitariness”

Dr. Dikko, Malam Ishaku and Ambassador Garba variously attended Kings College, Yaba Higher College and Igbobi College all in Lagos. All of the Wusasa pedigree they hailed from Kauran Juli in Zaria, Garko and Kofar Dan Agundi in Kano respectively. Dr. Dikko was a Federal Commissioner under General Yakubu Gowon, Ambassador Garba represented Nigeria in Italy, Greece and the US. Malam Ishaku was a one-time Dean, Pharmaceutical Sciences at ABU.