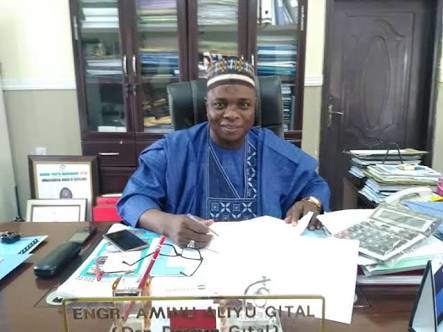 The household survey for the citizens report card starts in the 11 wards of Bauchi metropolis Saturday, 10 October, 2020.

Speaking at the commencement of training for enumerators (data collectors) for the exercise at the Bauchi State Water and Sewerage Corporation (BSWSC) headquarters Friday, 9 October, 2020, the General Manager, BSWSC, Aminu Gital maintained that although the Corporation is not performing optimally because they lack the capacity to do so.

However, he noted that the feedback from the household survey will enable them take the necessary steps to improve their services to their customers satisfaction.

To this end, he charged the enumerators to be processional as they form a veritable channel for the Corporation to have proper feedback from the customers in the urban area, in order to serve them better.

“Do not dilute or panel beat the response of BSWSC customers. We need to know their factual comments to serve them better,” he said.

“Be responsive, factual and sincere in your work as you discharge your duties professionally,” he added.

Earlier, the Team Leader of the household survey representing the contractor, JEDACH Development Partners, Dr Donald Atsaam in his remarks charged the enumerators to take the training serious as it would determine the success of the survey.

He stated that the idea behind the survey is to generate a citizens report card that would give the water corporation an outlook of gaps and successes or otherwise as captured by their customers.

Another consultant on the JEDACH team, Mr Henry Usman trained the enumerators on administering the real-time online questionnaire and a mock exercise was conducted before the exercise starts this Saturday

EndSARS Now: The Big Picture is The Fundamental Issue